Customized coaching to get your sales team unstuck and thinking BIG! 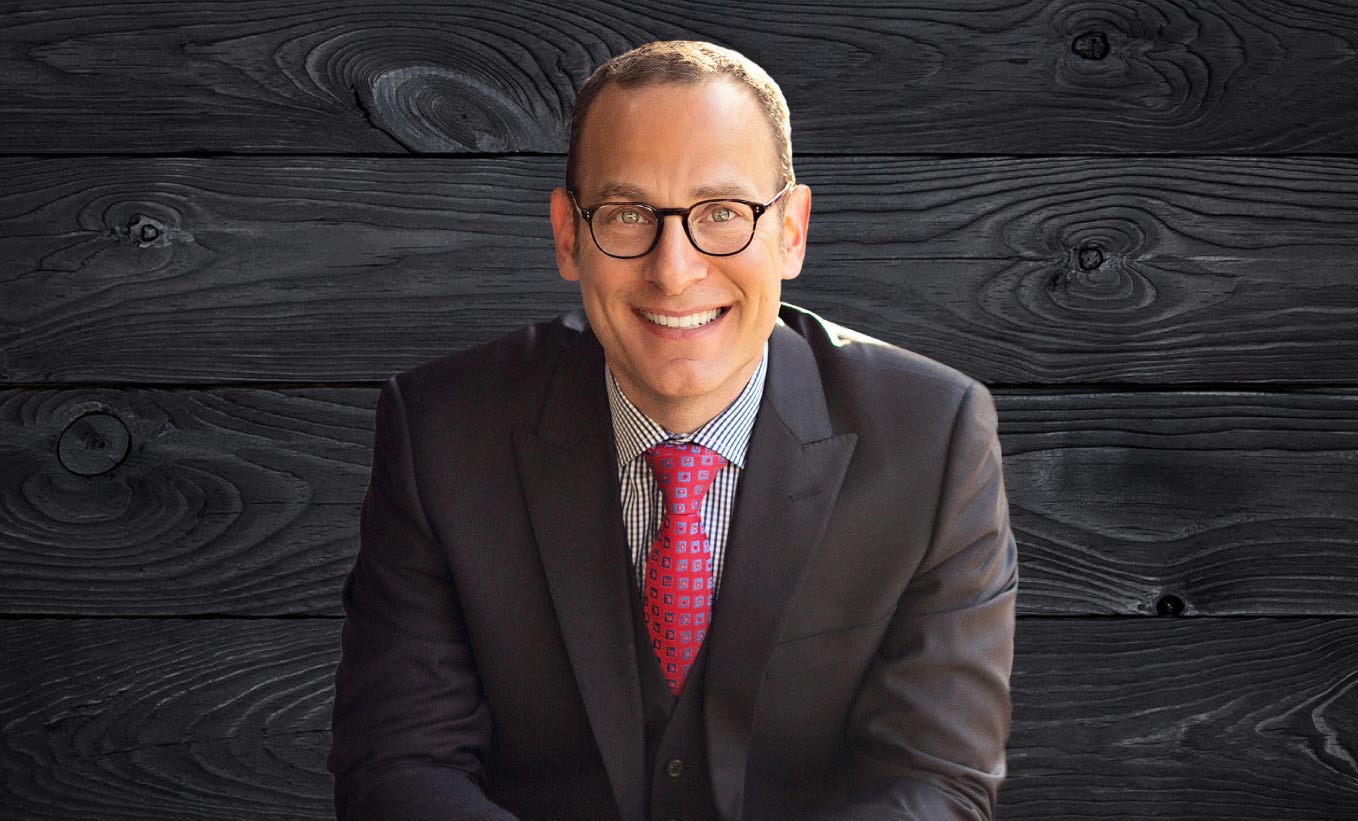 Customized coaching to get your sales team unstuck and thinking BIG!

Ready to get your sales team UNSTUCK and thinking big. Very Big?

Do you have 1 to 1,000+ sales people who need custom, modern, impactful training to boost their results?

Jon can customize your 1x, 2x, 3x or 4x per week group to get your sales people building the CONSISTENT HABITS they need to  close more sales, grow their business, shift their mindset, and EXPLODE THEIR PIPELINE.

With Jon’s Custom Private Group Coaching, your sales team will have access to coaching without the added productivity impact and business expenses for travel, keynote booking fees, venue rentals, lodging, meals, and more.

Get your sales team trained and moving in the same direction to achieving their goals with exclusive content, a collaborative environment and consistent, custom coaching with Jon.

As members, they’ll not only receive access to a supportive community, but exclusive content with proven strategies to implement daily to help them close more sales, grow their business, shift their mindset and EXPLODE THEIR PIPELINES.

Note: There will be no class on holidays, holiday weeks and/or if Jon is on vacation. Class days and times may change on occasion depending on Jon’s schedule. 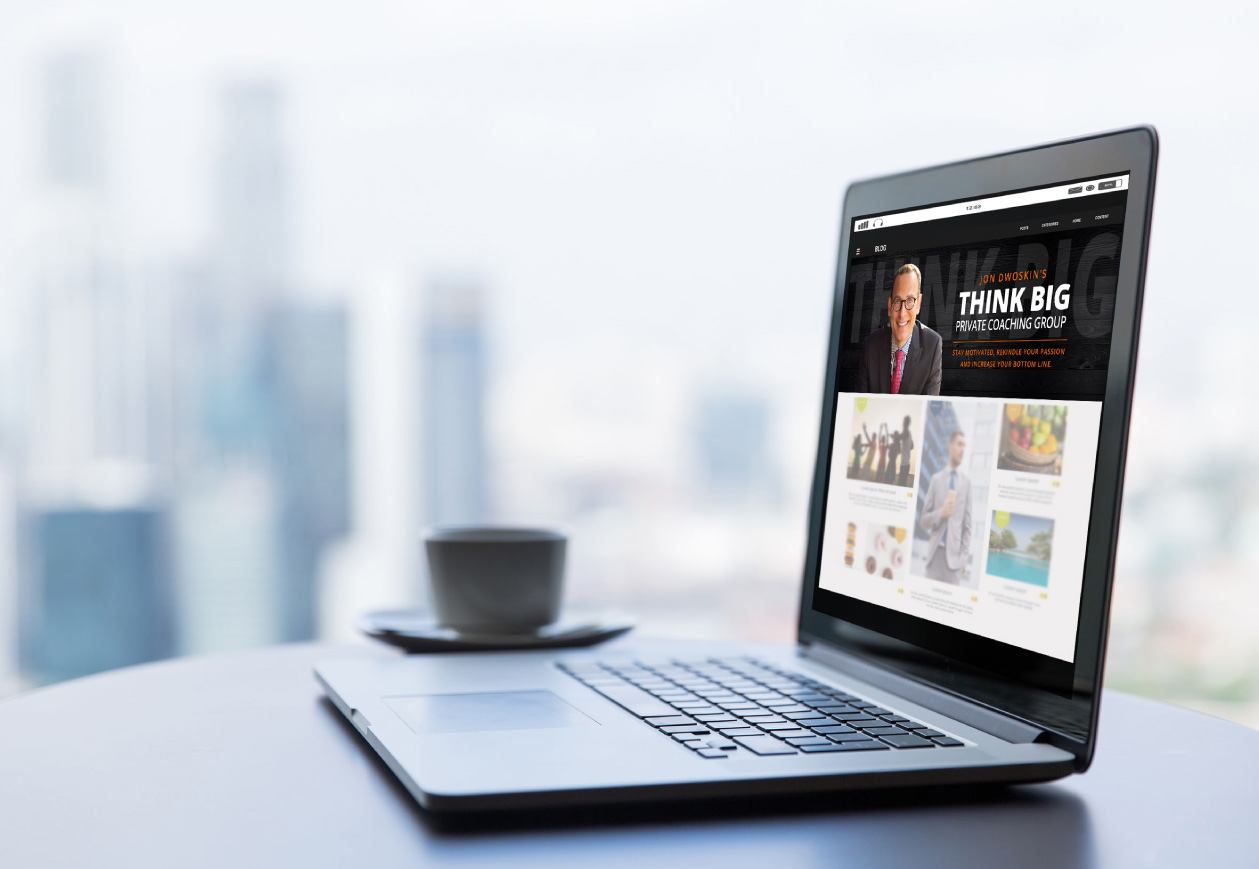 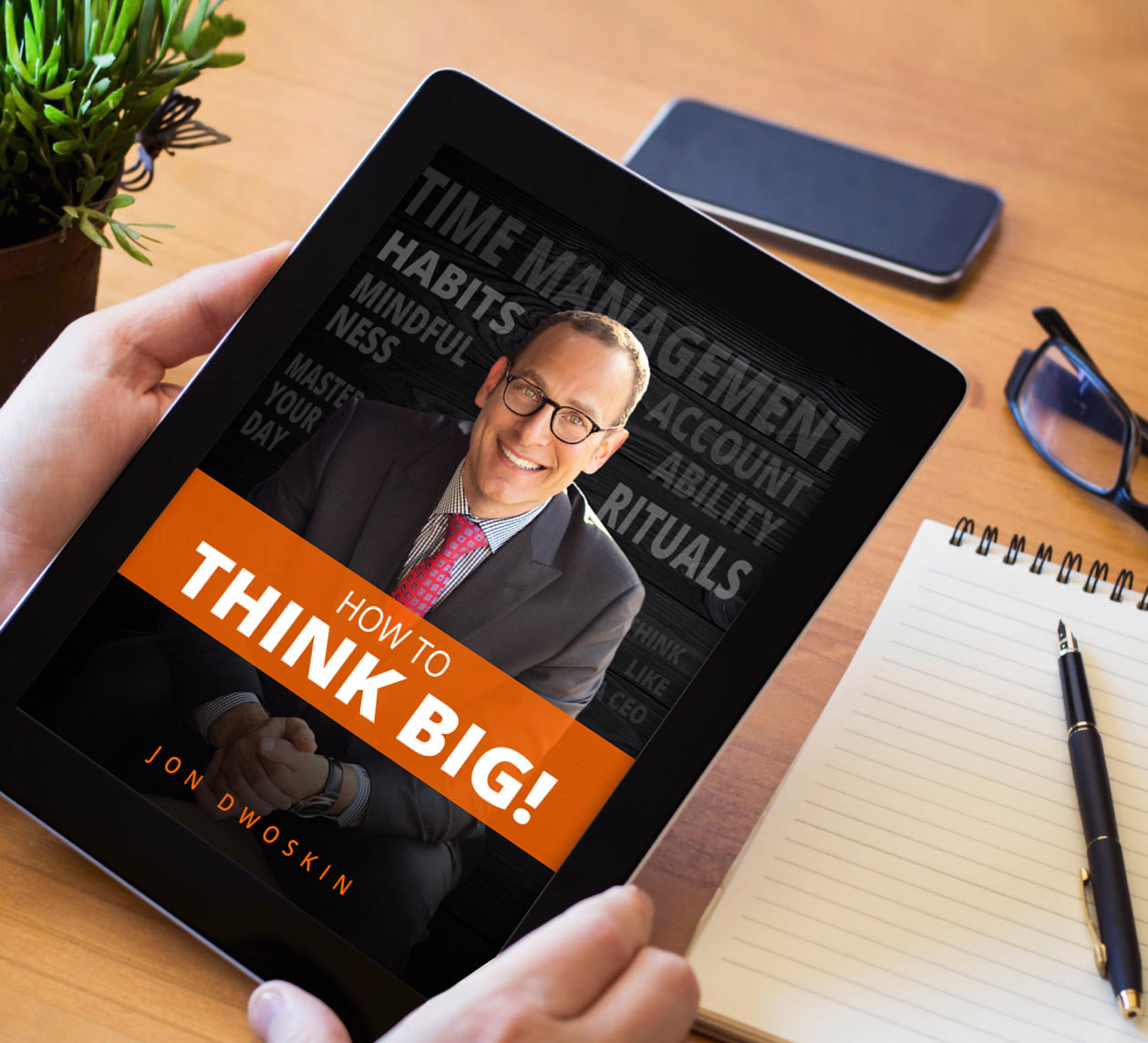 Jon’s resources and worksheets will provide your team with actionable items they can implement immediately. They will lead into discussions during the live weekly coaching sessions and carry over to help your team align with your business goals, providing actionable items and resources.

The 10 chapters and workbooks in this eBook are the core fundamentals they can consult again and again for specific ideas, practical tools and effective action items to help build your business big. Very big! 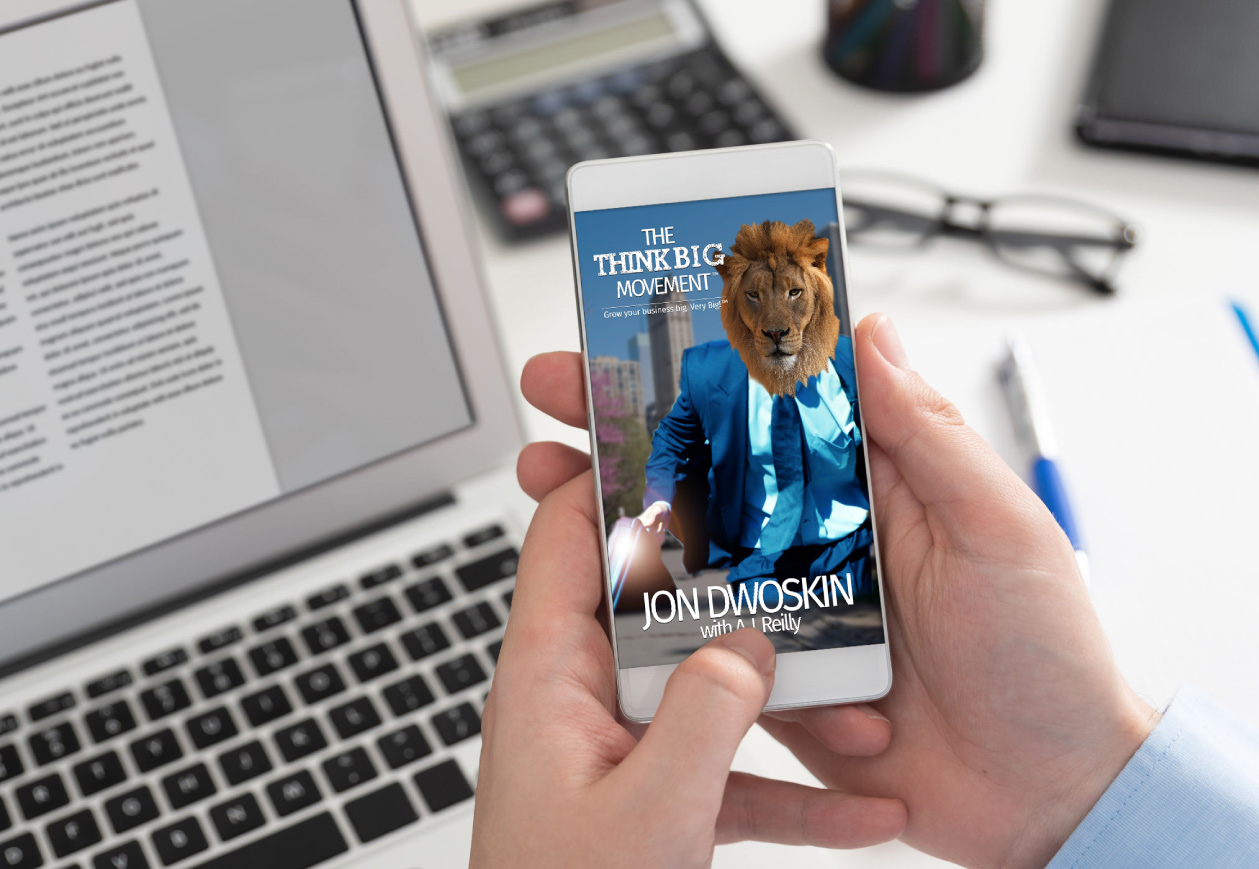 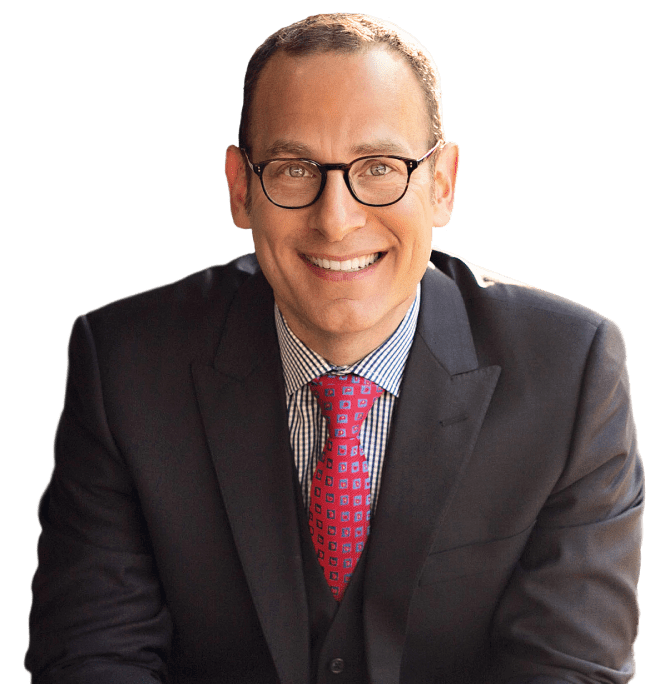 Now, as an executive advisor and business coach, Jon helps executives from all walks of life become unstuck to grow their business big – or, as Jon says, “Very Big!” When his book “The Think Big Movement” came out, it was the #1 Business and Consulting Book on Amazon. He has been on the cover of the Detroit Jewish News, was featured in the prestigious Crain’s 40 Under 40, and was named alumnus of the year by Eastern Michigan University. Jon hosts multiple business-growth podcasts, is a Forbes.com contributor, a member of the Forbes Coaches Council, a featured writer for law firm Denha & Associates and a Medium author. He’s also a 18-year cancer survivor, devoted husband and proud father of two. 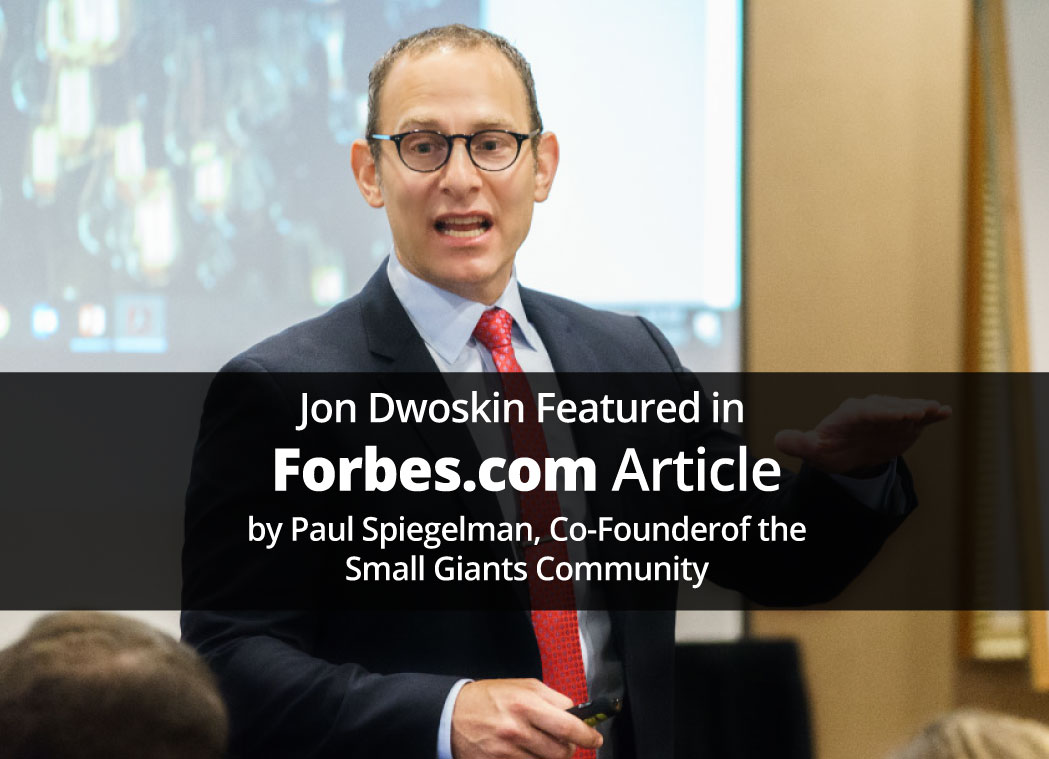 “Jon has an amazing knack for sorting through the crap & cutting right down to the problem of what is keeping you “stuck” in your business.  With COVID still alive & well, my event business has had a terrible year.  With my budget stretched thin, this group is a terrific value.

Jon reminds me that there is ALWAYS opportunity, always room for a sale. His never ending quips and quotes strike home, and every week I learn something important…sometimes sales skills, sometimes about attitude or mindset, sometimes about business in general.  All of it good stuff!

I was concerned about getting lost in group coaching, but I have discovered that the questions others ask are really helpful to me.

The Facebook group is going to prove one of the most valuable assets of the group.  We can all help each other.

Thanks, Jon, for putting together such a terrific group of business minded people.  We appreciate you.”

Working privately with Jon has been an opportunity that I am grateful for. You will have his full attention on your coaching calls. Jon’s superhero power really shines when he asks you very profound thought provoking questions. You will be given tasks to complete before the next call. These tasks are just nuggets thrown in to help you dig deep to help you get Unstuck.

Jon Dwoskin’s Private Sales and Business Coaching Group is a game-changer for me. I tend to be so focused on serving my current clients that I forget to take care of my business. Jon’s weekly coaching group teaches me new ways to attract new clients and keeps me accountable to my company while connecting with new like-minded entrepreneurs. It’s the best part of my week!

Joining Jon’s Group coaching class has expanded my sales knowledge and changed how I approach my business. His energy is contagious and he has the ability to understand each person’s situation as it relates to them and offers actionable steps for growth. The community atmosphere of the group brings collaboration and others’ views to assist with projects you’re working on or to just learn from their perspectives. I would highly recommend joining Jon’s Group Coaching if you are motivated to grow your business.

I am so thankful to have joined Jon Dwoskin’s Sales & Business Development Private Coaching Group! Jon addresses us individually at our weekly meetings in order to help each of us achieve our fullest potential. He answers all of our questions and provides us with AMAZING advice. Is unique and timely gold nuggets of wisdom guide us on our journey to success!! I recommend joining Jon Dwoskin’s Sales & Business Development Private Coaching Group to anyone looking to ascend higher in their career and ultimately achieve their goals!!.