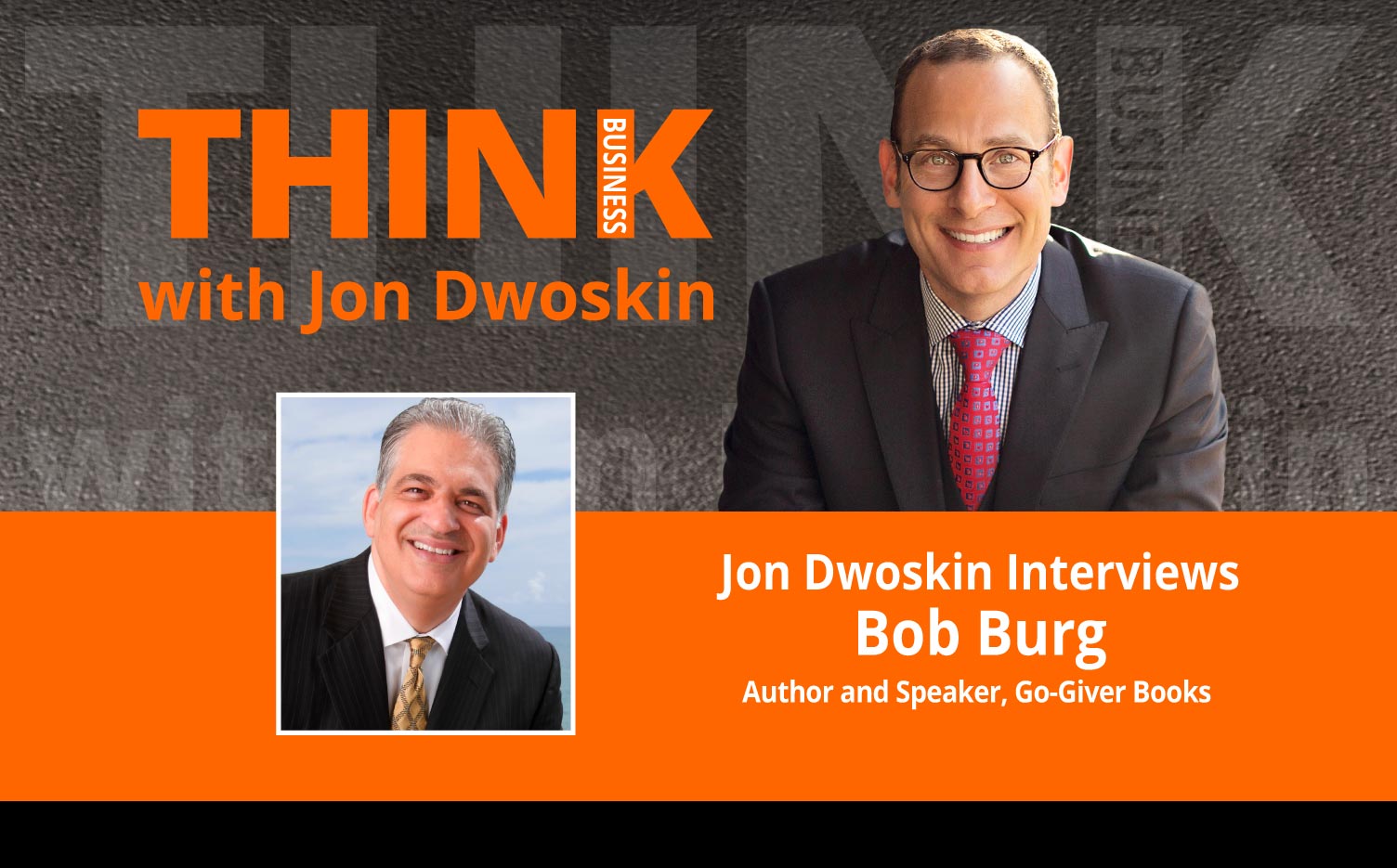 Stepping Into Another Person’s Shoes –

Bob Burg is a sought-after speaker at company leadership and sales conferences on topics at the core of the Go-Giver books. A former television personality and top-producing salesperson, Bob has shared the platform with some of today’s top business leaders, broadcast personalities, coaches, athletes, and political leaders, including a former U.S. president.

In addition to coauthoring the bestselling Go-Giver books with John David Mann, Bob has authored a number of popular books, including the critically acclaimed, Endless Referrals: Network Your Everyday Contacts Into Sales and Adversaries into Allies. His total book sales are well over a million copies.

Bob is an advocate, supporter, and defender of the free enterprise system and believes that the amount of money one makes is directly proportional to how many people one serves. He is also an unapologetic animal fanatic, and served on the board of directors of Furry Friends Adoption & Clinic in his hometown of Jupiter, Florida. For more information, articles and free resources, please visit www.burg.com.