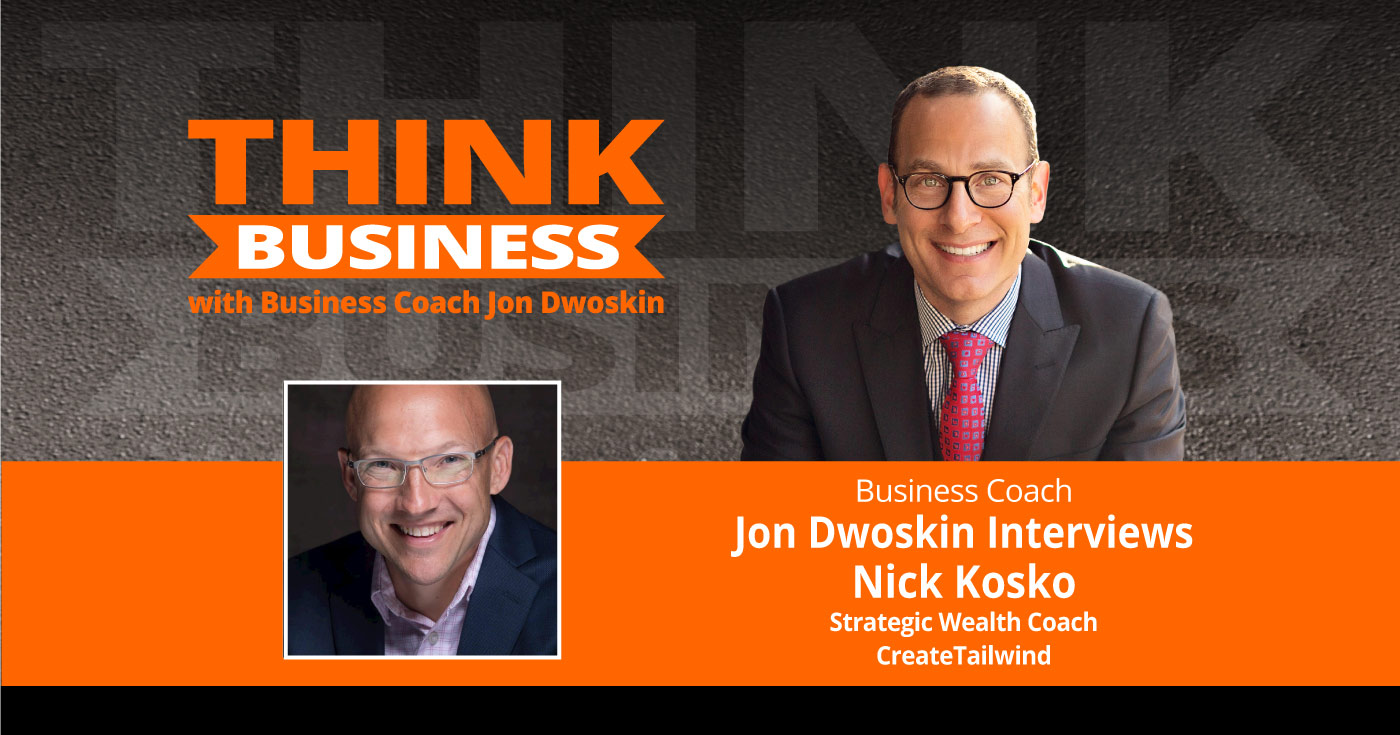 The Path to Wealth

Nick Kosko is a former airline pilot turned Strategic Wealth Coach. He spent the first 15 years of his professional career flying large airplanes around the world and dabbling in real estate investing and other small entrepreneurial endeavors. After the 2008 crash Nick lost over a million dollars in investment property and it set him on the path of understanding money. Nick did Dave Ramsey’s course and it was clear there was more to the story. He then started interviewing financial advisors and the same thing happened. Nick wouldn’t hire them because he knew there was more to the story but he couldn’t put my finger on it. In 2013, Nick discovered the book “Becoming Your Own Banker” by R. Nelson Nash. That book contains everything he was looking for. 6 years later Nick has partnered with Jim Oliver and CreateTailwind and they teach business owners and serial entrepreneurs how to take back control of the banking function in their lives.