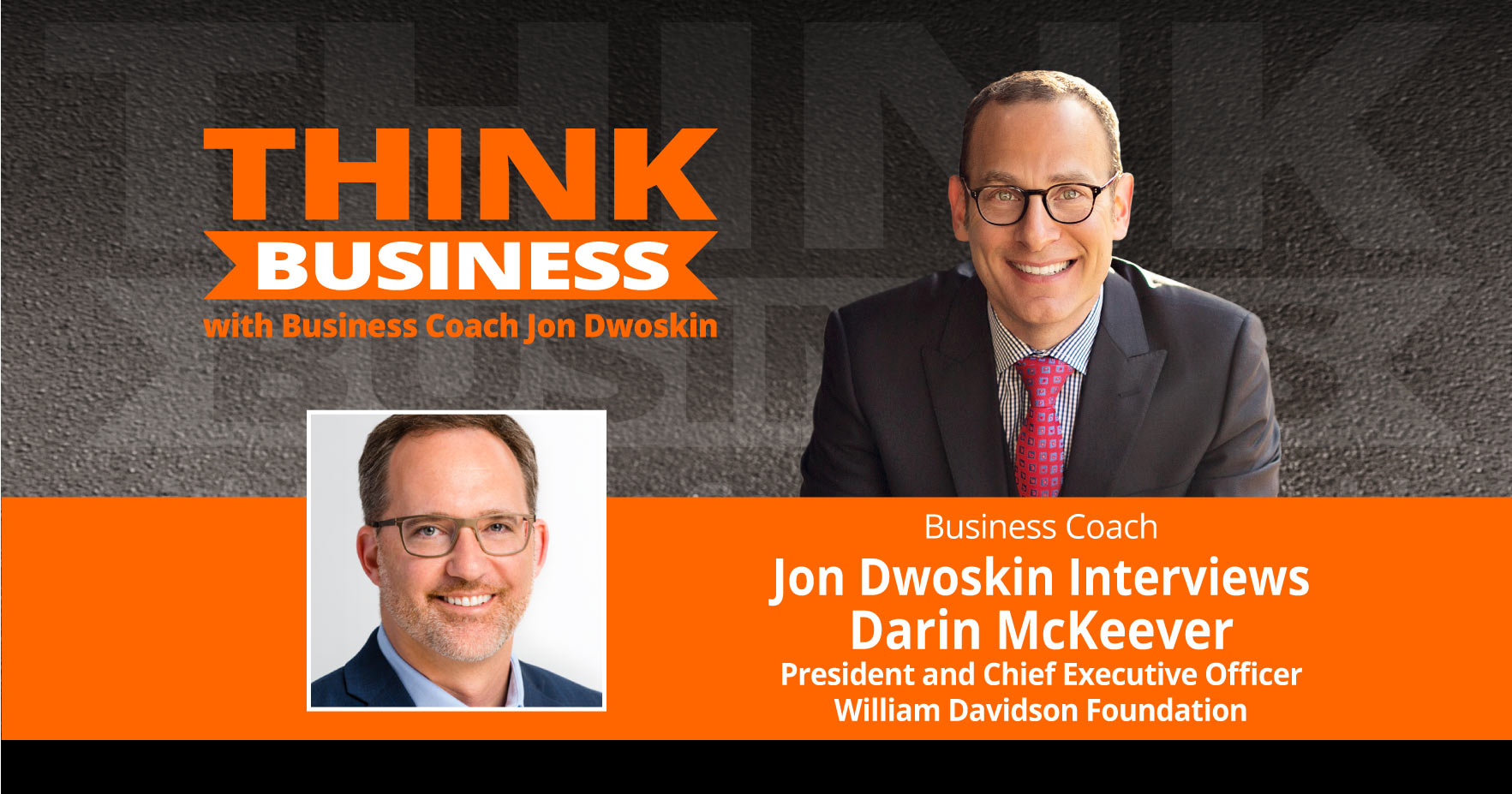 The First Step to Giving: Know Yourself

Darin McKeever is president and CEO of the William Davidson Foundation. A social entrepreneur and expert in global philanthropy, he is helping build a world-class philanthropic organization that honors its namesake and advances the cultural, civic and economic vitality of Southeast Michigan, the State of Israel, and the Jewish community.

Darin joined the Foundation in 2015 as its chief program and strategy officer. In this role, he led the Board of Directors and staff through a strategic planning process that established the organization’s philanthropic goals and methods for achieving them. He created and filled new staff positions for the program, grants management and communications functions, and developed relationships and fostered partnerships with grantees, philanthropists, and other foundations. Prior to joining the Foundation, Darin worked for the Bill and Melinda Gates Foundation. There he built and led an international team charged with improving the effectiveness of philanthropy and charities worldwide. Earlier, he served for more than a decade as executive director and co-founder of Heads Up, a provider of academic and enrichment programs that, under his leadership, became the largest AmeriCorps program serving the Washington, D.C. region.

Darin writes and speaks widely about nonprofit management, private foundations, charitable giving, and how trends in technology and transparency are impacting the social sector. His work and ideas have appeared in the Chronicle of Philanthropy, Stanford Social Innovation Review, and Forbes.com, among other publications. He currently serves on the boards of Midtown Detroit, Inc., the Jewish Funders Network, and the Michigan Israel Business Accelerator. He graduated Phi Beta Kappa from Harvard College, with a degree in social studies. He received his master’s in public administration as a Catherine B. Reynolds Foundation Fellow in Social Entrepreneurship at Harvard’s Kennedy School of Government.

A native of Connecticut, he and his wife and daughter live in Birmingham, Michigan.