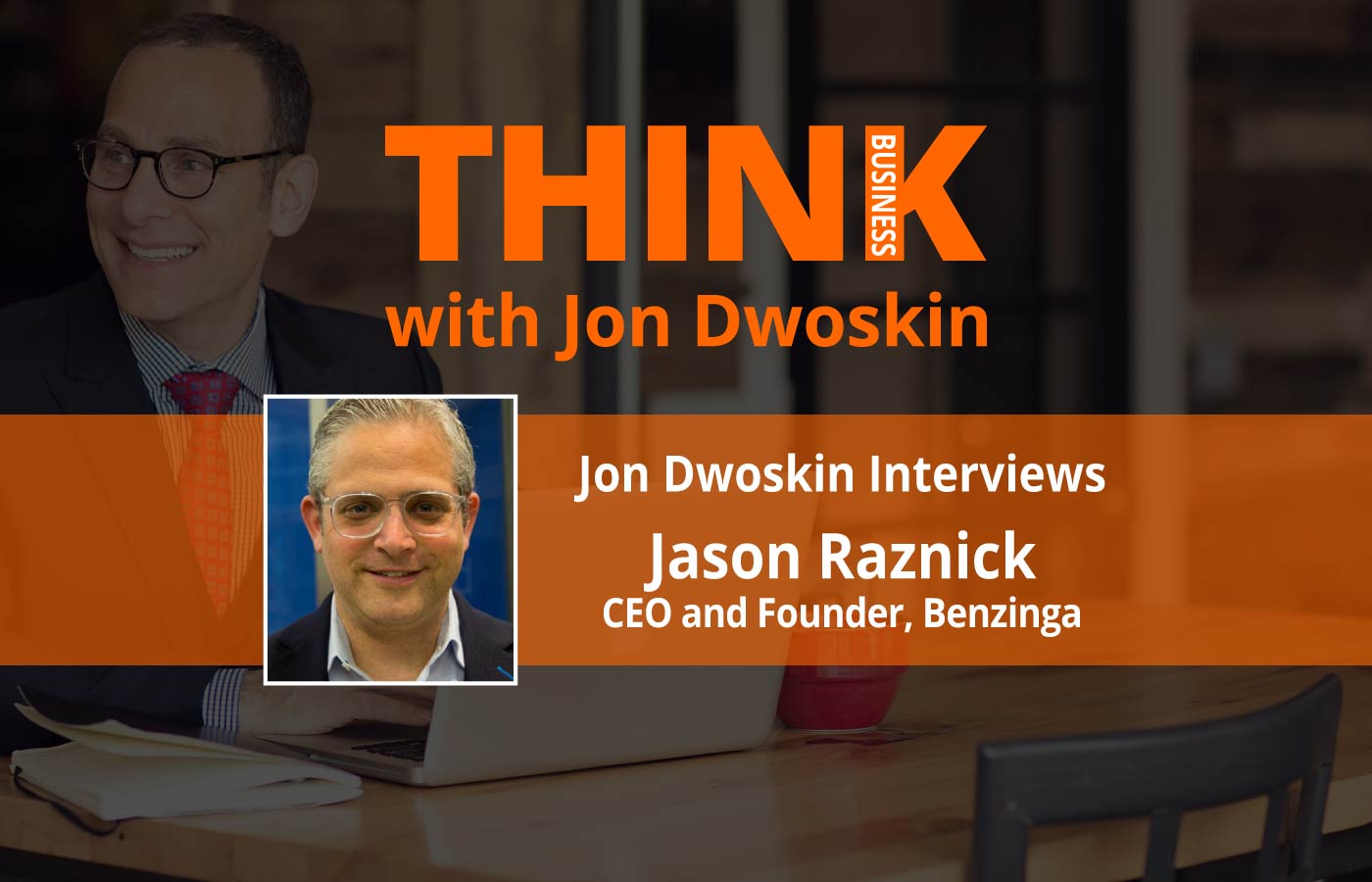 17 The Balancing Act of Tackling the News, Today

Jason Raznick is the founder of Benzinga, a media and data technology startup empowering a new generation of investors. Raznick launched Benzinga.com in 2010, and it has since grown to become a hub for actionable information on the capital markets with approximately 2 million readers a month. Benzinga.com is supported by a high-speed newswire, Benzinga Pro, which is home to exclusive market-moving news.

Raznick is a graduate of the University of Michigan, where he started multiple companies. He has been quoted in a variety of financial news publications, such as CNBC, the Wall Street Journal, and the New York Post. Raznick has been named to the Crain’s Detroit Business 40 Under 40 list as well as the DBusiness 30 in Their 30s list. Benzinga is based in Detroit, and Raznick is dedicated to helping rebuild Detroit as a hub of technology and finance.

In this episode, Jon and Jason Raznick discuss:

“We (at Benzinga) have real people that are writing stories, that are going through the filings and finding what’s relevant and important.” – Jason Raznick