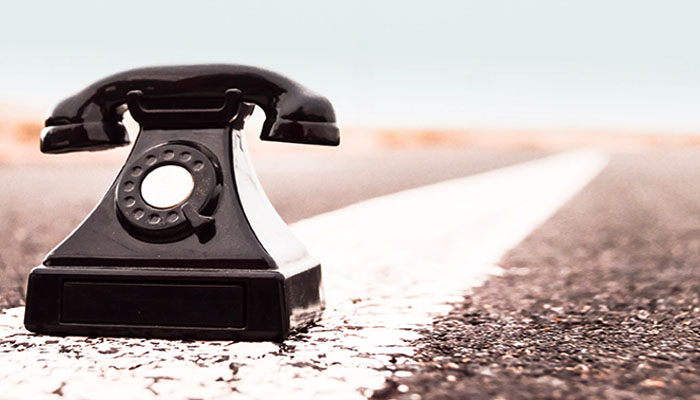 In this episode, Scott and Jon give you their 7 top tips for cold calling.  Cold calls are a necessary evil, so you may as well have fun and get the most out of them.

Please take the time to visit out sponsor Audible.com for a free audiobook and a free trial 30 day membership.

Scott:    Thank you for joining us for another episode of The Seven Minute Sales Minute podcast, your bite-sized and easy-to-digest guide to jumpstarting your sales career, and putting you on the road to gaining more prospects, more clients, more business, and ultimately more income.

Jon:    Thank you. Thank you. I’m excited about today’s episode because we are in August. Labor Day’s around the corner. There’s no better time for a salesperson to commit to business development than there is in September, October, up through Thanksgiving.

Jon:    The number one thing that made a salesperson successful typically is cold calling. It’s something that they stop doing as soon as they start making money. We are here to tell people cold calling is the way to go. We’re going to give them seven tips for just crushing it for cold calling.

Scott:    Yeah, and Jon, it’s funny that you talk about Labor Day and cold calling. To me cold calling has always been like going into labor. It’s painful. I never liked it.

Scott:    We’re going to give people tips to make it easier so that maybe they don’t have to enjoy it, but they can actually find success, so then they have a reason to do it, but also just make it a little more bearable.

Jon:    Well, it’s a means to an end. It helps grow people’s business. A quick tip before we get into the tips is just to remember about how things compound, either positively or negatively. One of my favorite books, The Compound Effect by Darren Hardy, it just talks about how everything compounds. If you cold call every single day, it compounds to build your business in a big way. If you don’t, it won’t. It’s pretty simple.

Jon:    All right. Let’s get to the seven tips. Let’s start with number one. Number one is about preparing, and getting that call list prepared the night before so you know exactly who you’re calling the next morning.

Jon:    Done. Perfect. That moves into our next, blocking time to cold call. It’s so important that we block time. Here’s the thing. This is why people don’t cold call. They know they have a lot of calls to make, or that they want to make, but they know that they should be, let’s say, cold calling for an hour or two hours. Nobody wants to sit down for one or two hours and cold call. You got to time block. You got to do it in twenty minute segments or thirty minute segments or fifteen minute segments, whatever is easy for you. You’ve got to break it up. Studies show that that actually makes you more effective and more in the zone.

Scott:    You’re not going to be giving your all. If you can just give yourself short spurts and call a few people and be you and be on, it’s a lot better than having to call through dozens and dozens of people in a row.

Scott:    Then, after we’re prepared, something I always like to do, and it goes kind of along with blocking time, because I used to really hate cold calling with a passion. Something that one of my mentors had taught me years ago was go for the no’s. I believe we’ve talked about it on the podcast before as well. I would go for a certain number of no’s. It wasn’t that I had to make fifteen calls or twenty calls or call for an hour. It was, “I’m going to call until I get three no’s or four no’s.” After a while, I would be going for the no’s so I could be done, and then a yes would just magically appear. I was trying to get the no’s. If you’re trying to get yeses, you might just get all no’s. You’re not always going to get what you’re looking for.

Jon:    That’s is perfectly said. I think probably the ratio is ninety-nine no’s to one yes. If you’re cold calling and you let the no’s get you down, then it’s just going to … It’s going to cause you some trouble.

Scott:    If we’re going to be on the phone with people anyway, we might as well make it count, so close. Either set an appointment or get the business on the call.

Scott:    We’re not just on the phone to tell them our name and what we do and say, “Hey yeah, call me if you ever need me.” No, we have to close.

Jon:    Get to an appointment.

Scott:    Yeah, that first no is just the first speed bump that we have to get past.

Scott:    I’d say if you get past two or three, you may just get a yes. I think it’s definitely there. At the same time, if you get to two or three no’s, and you’re getting another one, you might just want to stop and kind of regroup and set a follow-up with that person. Like we said, you don’t always have to just get the business. We also don’t want to alienate people as well.

Jon:    Right. Well said. All right, next is the follow-up. After every call, sending an email, sending some type of follow-up content or information or a link to your company website or your own personal website. Follow-up is key. Also, setting a time to follow-up with that person, whether if you are unsuccessful, when you’re going to follow-up with them to like you said, just kind of regroup and recall them, and just keep it going. Any thoughts on follow-up?

Scott:    Yeah, absolutely. Make it relevant, first and foremost. I think one of the biggest things we forget is just the power of a thank you. A hand written thank you card, if you have their address, is great.

Jon:    Huge. I agree. Two of the most powerful words ever. Thank you.

Scott:    You don’t get someplace. Most people, unless you win the lottery, don’t get rich a million dollars at a time.

Scott:    You have to start somewhere.

Jon:    Absolutely. In closing, if you’re a salesperson, your destiny is linked to that phone. That is where you’re going to make your first connection a lot of times with people, unless you’re at networking events. Cold calling is a sure way for you to have control and have metrics on how you are, how many people you’re calling. Just keeping on doing it consistently and grow your business through cold calling. It is just tried and true.

Scott:    Right. It’s kind of funny because the phone’s been around forever. We’re kind of afraid of it now as salespeople, because we have email and so many other ways to contact our clients and our prospects. The way I look at it is that I could send out one mass email to like a hundred thousand people, but it doesn’t have the effect of one phone call.

Scott:    Remember, actually being personable and having a personal touch with your communication versus just carpet bombing the world with emails is definitely the way to go.

Scott:    Thank you very much for taking the time to listen to us again. We’ll see you next time.

Jon:    Thanks everybody. Have a great week.

Speaker 1:    Thank you for listening to this episode of The Seven Minute Sales Minute. For show notes and worksheets pertaining to this week’s show, check us out at the sevenminutesalesminute.com. Take today’s strategies and run with them. Increase your sales and increase your income.