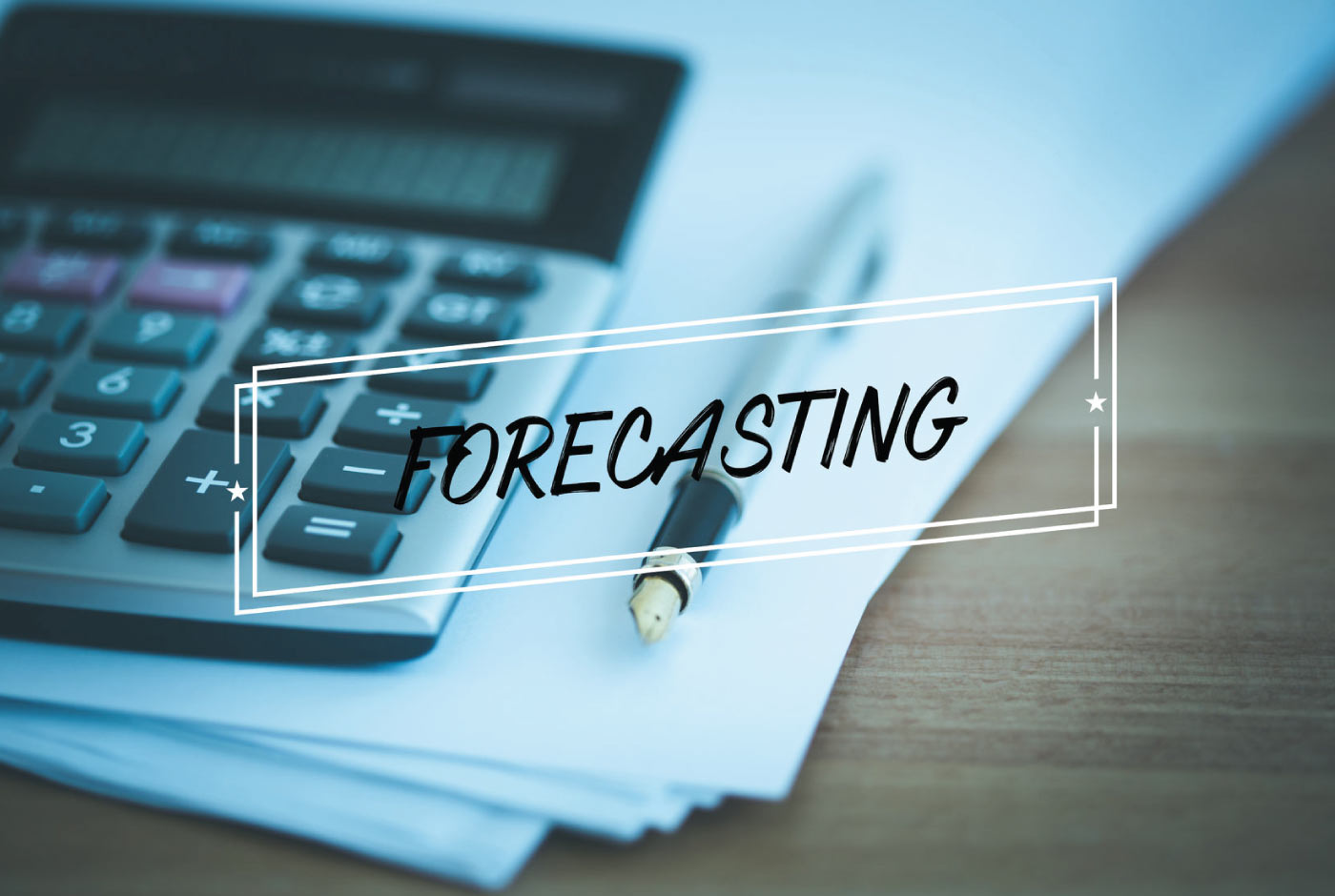 In this episode, Scott and Jon show the importance of running your pipeline properly.

Have you done your projections?

Have you forecasted properly?

Jon Dwoskin: Hey, Fish. How are you?

Scott Fishman: Today, folks, we’re talking about forecasting and projecting and how to work your pipeline properly.

Jon Dwoskin: I think that is such an important topic. We don’t even need to spend that much time on this podcast today because I think it’s really important to highlight effective ways to forecast and project the pipeline that you are depending on for your livelihood. I don’t think people and salespeople really look at their pipeline that seriously. That is the tool that we use to project our income pretty much. That then leads to our livelihood.

I want to chat about how to do that effectively. We’ll just give you a few pointers, Scott and I, today, on how to really just look at it with the right eyes, so you can really, not only grow your business, but clear your mind, too.

Number one: I think a lot of times people keep things in their pipelines just to feed their own ego and to make it look like they have a lot of potential opportunities, prospects, and potential proposals that they’ve done or deals that are lingering, depending on their profession. It’s all different. They keep them in there just so they can say, “Oh, I got this in there,” but they really have to prune the pipeline. I think people have a very difficult time with the concept of how to prune their pipeline. Any thoughts on that?

Scott Fishman: Jon, I couldn’t have said it better. There’s two things that I was thinking about as you were talking about that. Number one, don’t lie to yourself.

Scott Fishman: First and foremost, that business is not yours until people sign on the dotted line.

Scott Fishman: By just saying, “Oh. I’ve got all these prospects,” doesn’t mean anything if they’re never going to close a deal with you. The other thing is, don’t grow reliant on that pipeline. What I mean by that is don’t count your chickens before they’re hatched.

Scott Fishman: Because I can’t tell you how many times, and I share my scars on this show a lot, but I can’t tell you how many times I’ve had a deal fall apart at the very last minute or two deals fall out at the very last minute that I thought for sure were there. I had them forecasted properly and allowed for that margin of error and the next thing you know I’m scrambling on day 30 of the month. There’s something to be said for keeping a lean, mean pipeline.

Jon Dwoskin: Right. Based on what you just said, the same has happened to me when I was in sales. The deals that you think are 100%, they die. The deals that you think are going to die end up closing. Something I’m going to suggest that everybody does to build that muscle and test themselves is to rate the probability of what you think each deal is at each level of the continuum. If you get off of a cold call or a warm call or a proposal or a listing, rate the probability one through ten – with ten being for sure – where you think the probability is of moving that business forward. As you begin to look at things, maybe you put eights on those that are all dying and your fours are closing. You really have to start understanding and really diving into better questions and a better understanding of what the hell you’re doing. This is your business. Your pipeline really defines it. If you bulls*** and lie like you were and you put it in your pipeline, you’re not impressing anybody.

Scott Fishman: I think that’s something we have talked about. We had an episode recently where we talked about prospecting. We should always be prospecting. You should never be satisfied with the size of your pipeline.

Scott Fishman: Because some of it is going to fall out. Not every deal is going to close.

Jon Dwoskin: Well, that’s the absolute of a pipeline, right? We know everything may not close, but we know for sure stuff is going to fall out – fall out of your prospects in your pipeline and out of the business that’s in your pipeline. Life happens, business happens, partnerships change, acquisitions happen, companies go bankrupt, people go bankrupt. There’s a million and one reasons why a pipeline can go backwards. Don’t be so reliant, not matter how good you think it is. Like you said, “Always be prospecting. Always be building the pipeline.” Always be building your pipeline and always be prospecting or you will end up getting screwed and always be pruning your pipeline. Get rid of the stuff that you know is not going to move forward and get rid of the stuff that’s occupying a ****load of your time and you know is never going to turn out to be anything.

Scott Fishman: Nothing feels better than when you start to clean that pipeline up and you realize, “Holy cow.” Number one, you realize where you stand. Sometimes it can be a little scary. Also, when you’re not wasting time with that person that’s never going to move forward with you, where you make that phone call once a week, “Hey, John. How are you doing? Still interested?” “Oh, yeah. I’m still interested.” “Okay. Talk to you next week.” You know?

Scott Fishman: Get rid of the maybes.

Jon Dwoskin: Get rid of the maybes. When you look at your pipeline, moving on, you should be able to know – month by month, depending on your business, three months, six months, nine months, twelve months – what you’re going to forecast and make each of those months. Now, you might not have the pipeline to support it. If you want to make X, Y, Z in a certain month, you have to reverse engineer and start doing the work today on what it takes to build to that pipeline. From a mindset standpoint you must do that.

Let’s just focus on a three month span. You need to know if you have a realistic, highly-probable listing, pipeline, or whatever type of pipeline you keep that is going to really translate into that income. It’s very nuts and bolts, black and white.

Scott Fishman: Right. If you’re not aiming for where you want to be, do something about it now. All is not lost, I guess, is the way to put it.

If you don’t, your forecast and projections will never be right. The only forecaster and projection person that can always, or not always, but they can be wrong a lot and still have a job, is a weather person.

Jon Dwoskin: But Dark Sky is a great app. Do you have that app? Did I tell you about that app?

Scott Fishman: I don’t have that app. I have to check it out.

Scott Fishman: If you’ve ever trimmed bushes, there’s that level where you’re like, “Should I trim it anymore?” Then you trim it just a little bit more and your bush is ruined. You have to be careful also when pruning your pipeline. You have to think about it in that way of, “Did I go far enough?” Don’t go too far because there are some people out there that you can salvage. Like Jon was saying, “You have the people that are just sucking your time.” Those people that are like, “Oh, yeah. Do this one for me and I’ll give you all my business.” Guess what? They say that to everybody.

Jon Dwoskin: That’s the worst. If somebody says that to you, run the other way.

Jon Dwoskin: I hate people who say that because they have given you nothing. Those people are bad people.

Scott Fishman: Yes. Working in my industry, when I work with new folks all the time, it literally happens to everybody in their first month. They work late. They get that guy that calls and says, “I got 15 properties. If you get this one done, you could have all of them.” I always tell them the same thing, “You’re not getting that business right there and you’re not getting the 15. You’re not getting the one. The person doesn’t even qualify. Let them be.” It literally will suck your time dry.

Jon Dwoskin: Now, on the flip side, based on what you were saying, sometimes you don’t want to prune too far because sometimes you do have a client that will conform but you just don’t have the influence to make it happen, which means you have to bring the right people. Don’t get greedy. Bring the right people onto the team or give that client to somebody else. Don’t get greedy with whatever the commission or the fee is going to be. Get the right team at the table to service the client, so you can make something. It’s better than nothing.

Scott Fishman: I like that. Something is better than nothing. That’s huge.

Jon Dwoskin: You can steal and quote.

Scott Fishman: I can steal it. Thank you.

Jon Dwoskin: I want to just say one more thing about forecast. Going back, if you don’t know your metrics and your ratios and your conversion rates, you need to know those. They’re very important for forecasting and projecting. You should look back at your historicals. I would go 12, 24, 36 months backwards and look at the ratios, metrics and conversions because you want to be able to pull historical data because it will help you forecast. You need to know. You know what? July is my slowest month of the year. Why? I don’t know, but you figure it out. If you know your historicals and you know where you want to forecast, then you really have a lot of tools to project your pipeline. You just have to be real.

My parting advice, in closing, is you should be looking at your pipeline every morning, every afternoon, and every night. It should continually be evolving and pruned, evolve, prune, grow, evolve, prune. Rinse, repeat, over and over again. It is the most critical piece to your business and use it as such.

Scott Fishman: I like it. Do us a favor, folks. Take off your headphones. Turn off your Bluetooth or however you’re listening to us and pull out that crystal ball and start your forecast and projections.

Scott Fishman: Thank you very much, everybody.

Jon Dwoskin: Have a great day.