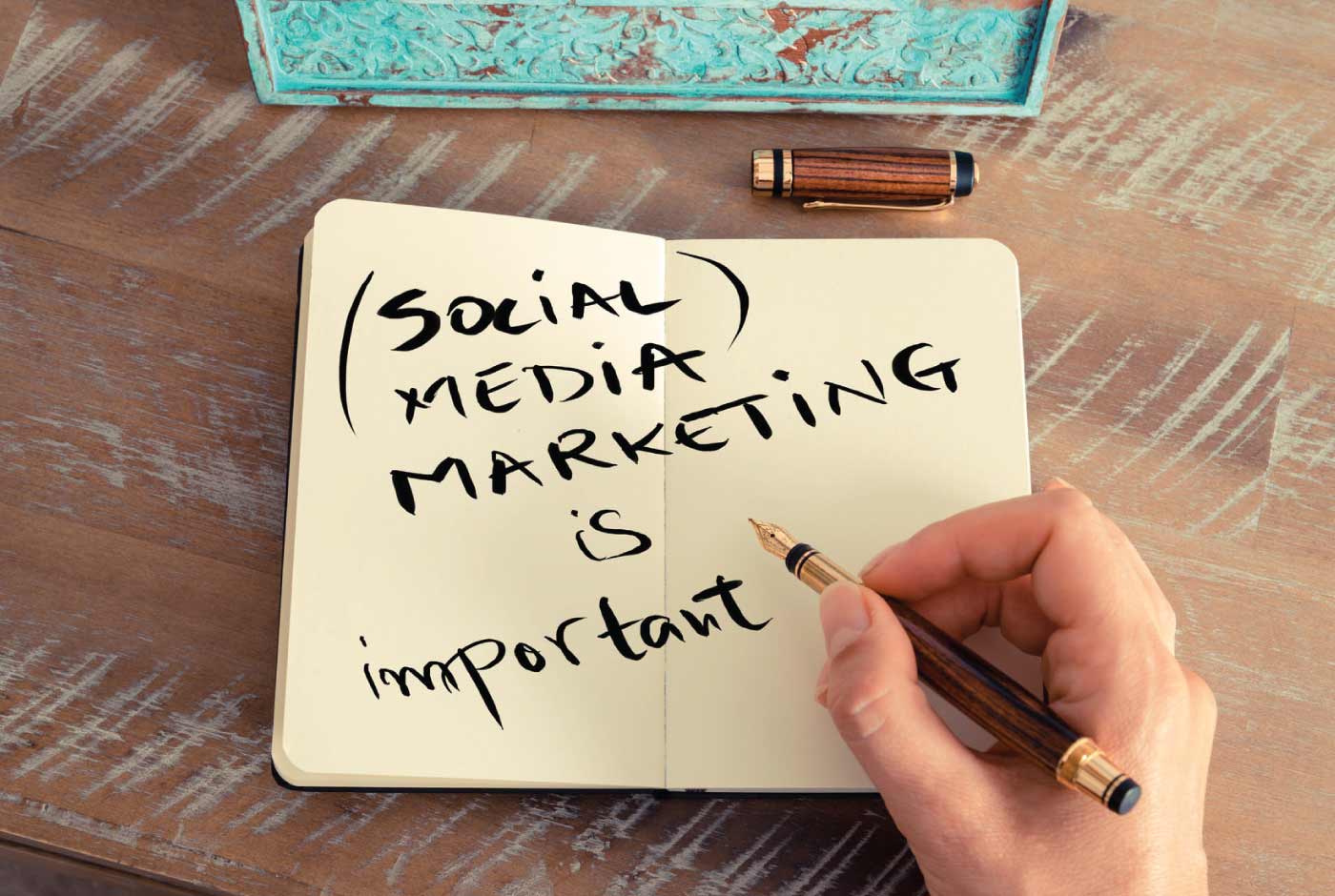 As we wind down the calendar year, the guys discuss their thoughts on social media.

Scott Fishman: And this is the Seven Minute Sales Minute. Welcome, everybody.

John Dwoskin: Scotty, how are you? How you been?

John Dwoskin: Same here, same here. All right, so what should we talk about today? I think we’ve got some good stuff that we talked about before we got on the mic. So what are your thoughts?

Scott Fishman: Well, I really want to talk about social proof in this episode here. I had something really cool happen.

Scott Fishman: You and I have talked ever since we started the podcast – and I’m always the nay-sayer with this stuff – and I’m like, some of this stuff that we’re doing is like digital masturbation. We’re just putting stuff out there and we’re not getting anything out of it. And I’ve had a couple people recently reach out to me on LinkedIn and I had one this past week that I really liked. This guy did not reach out to me, but he was kind of cyber stalking me. It was a client I had been going back and forth with and he was hemming and hawing and he had a little bit of cold feet and he literally was 90% out the door. Then on a Sunday, I see he’s checking out my LinkedIn profile and on Monday, he calls me and says I’m ready to go. Let’s get this started.

Scott Fishman: I would say literally I thought this guy was out the door. I thought I was done with him. And I think it really brought him right back on board and that’s one of the things. When you go to my LinkedIn, it shows the podcast, it shows my books, it basically shows me extolling the virtues of what I do and how I love what I do. It really talks a lot about what I’ve done in the past and obviously how I treat my customers and clients and I guarantee if it wasn’t for that, this guy would never have signed on the dotted line with me.

John Dwoskin: I think that’s interesting, because I think it’s pretty common where they’re not going to basically expose to you that, hey I checked you out on LinkedIn and I saw that you have this great track record, but you’re building this confidence that is a quiet confidence within that person that gives them the confidence – and you the credibility – for them to want to be in business with you. So, kudos to you.

Scott Fishman: Kudos to me, I guess.

Scott Fishman: I don’t know. I think some people do communicate it like we talked about, but I think some are maybe embarrassed or they think it’s kind of creepy and, I’m serious.

John Dwoskin: I know, I agree. I agree.

Scott Fishman: So, I think that definitely has something to do with it. I will definitely, when it’s all said and done after the deal is completely closed, I will be hitting him up on LinkedIn as a connection for sure.

John Dwoskin: Yeah. And it just goes to show you, you’ve got to be out there. And I’d be curious: of the people that you were competing against, what does their LinkedIn profile looks like? I don’t know if you’ve checked those out, but …

Scott Fishman: Right. I have no idea.

John Dwoskin: Yeah, I would love to just compare and contrast. Something similar happened to me today. I was referred a couple people by a client and I noticed that the people who were referred to me checked out my LinkedIn profile. And so I know that it’s going to give them the ability to learn more about me. They’ll probably zoom over to my website and it’s great. And that social proof is really critical, because I know they’re doing research, so it just starts the conversation off on a totally different level.

Scott Fishman: Right. And how do we …

Scott Fishman: No, and it’s also a third party. You’re getting that third party endorsement. Even if you are putting your own page up there with your connections, with people endorsing you for things on LinkedIn, with your Facebook, with your friends on Facebook, your Twitter followers, your Instagram, whatever you’re using for social media. At my company, we’ve got something called Social Proof, which is pretty cool, where my clients can give me a review and it’s tied to Facebook. But it’s also something that’s kind of owned by my company, so it’s a third party, but it’s not necessarily a disinterested third party. So I love the fact that he was able to check out something on the side.

John Dwoskin: It’s great. So let’s talk a little bit about social media. We’ve talked about it and the Seven Minute Community has responded positively to our thoughts on it in the past, but let’s talk about how to basically create what people should be doing for their social media platforms. Whether it’s LinkedIn or Facebook or Instagram or Twitter. How do we create a social presence to give that social proof so people are basically coming to something that makes us approachable and will want them to do business with us. So what do you think? Let’s just talk about you since you just shared your story. What’s one of the things you think he liked about your LinkedIn page that actually drew him into wanting to do business with you?

Scott Fishman: I would probably assume endorsements, because I’ve been endorsed by tons of people for what I do. But also I think for what we do, we talk about how we treat our customers and clients. We talk about having the right mindset and having a client-centric mindset with everything we do. I really think that that probably pushed him over the edge. I wouldn’t doubt if he was one of the people that subscribed to the podcast. The community grows every single day, so I wouldn’t doubt that he was one of the people. I could probably go in and find the metrics on that and see if anyone from his city downloaded some stuff, but I would venture to guess that that’s probably got a lot to do with it.

John Dwoskin: Yeah. So endorsements, referrals, testimonials, reviews, are all critical pieces that are important to ask people to do for you or hopefully that they do on their own. And that’s one thing that as far as that I don’t think we’ve been great at asking people for reviews. Well, you’ve been better than I have for reviews of this podcast. So, here’s a quick plug. Review our podcast, please. We haven’t really pushed that enough and I think people really look to that before they make the choice of what podcast they’re going to listen to.

Scott Fishman: For sure!

John Dwoskin: Yeah, so I’m glad you brought that up: endorsements. I also think accessibility and really telling people, hey here’s my telephone number, here’s my email, please call me. You can do it in most headers and at the top of your page when you pin certain things on different platforms. I think that’s important because you don’t want people to think that you’re too big. You also don’t want people to think you’re too small. But in today’s world, where everybody’s pretty easily accessible, if you let them know, hey call me anytime you need me, here’s my email, here’s my phone number, reach out and I’ll return your call same day. Something of that connection is important.

Scott Fishman: I agree. No matter what your title is – you can have the title of CEO and have a real stiff picture up there – but If the wording of your profile mentions, “hey, I’m accessible, give me a call anytime, reach out to me I’m there for you.” Your door is open. You have to let people know that.

John Dwoskin: And if you don’t have the skillset to do it, then hire an editor. Whether you have one or get one on Fiverr or any other platform out there. Get an editor to help you with the content so you are approachable and people want to call you and do business with you. Anything else, Fish, on social?

Scott Fishman: I think one thing is no matter what you should always sanitize your social before you make it public. Make sure that you don’t have drunk college friends on there or anything like that. Make sure that it’s all business-like if you’re using it for business. And keep your business and personal socials separate if you can. Definitely important.

Another thing is to update it. I can’t tell you how many times I’ve looked at someone on LinkedIn and their job title is something that they did four years ago. Or, the company they work for, isn’t even the company they work for anymore. When you have something like that, you need to update it. It can’t just be sitting there stagnant. You have to have updated information, updated posts, updated whatever you’re sharing. Don’t just put it out there and forget about it.

John Dwoskin: Yeah, I think that’s really important. The consistency not only shows that you’re relevant, but it shows your level of discipline and that is something, a subtle message that a client will pick up.

Scott Fishman: Yeah. For sure. I actually had another client reach out to me through LinkedIn a while back and it was because of my job title. He said if I’m going to work with somebody, I want to work with a President’s Club banker. I thought that was funny and it ended up not panning out because he needed a President’s Club tweak to his personality.

John Dwoskin: But you know what though, too? That makes me think of people and potential prospects and even clients emailing you on your social platforms. I have a lot of people that email me off of Facebook Messenger and so don’t forget to check your – I mean Facebook makes it pretty easy, it pops up – but don’t forget to check your Facebook Messenger and to make sure that your clients are not going unnoticed and you’re not responding to their emails if they send you one via that social platform.

John Dwoskin: Amen, well said. Have a great week and get out there and be social.

Scott Fishman: Thanks, everybody.

John Dwoskin: Thanks , everybody.