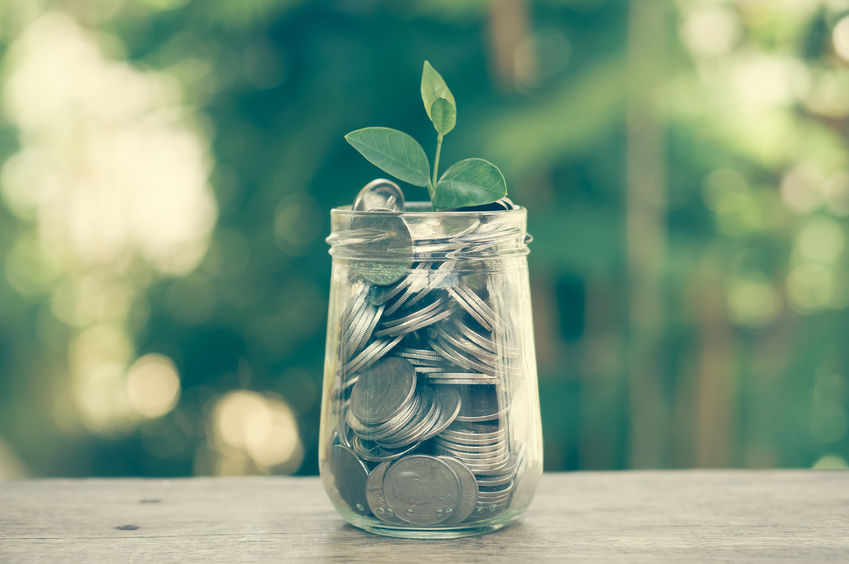 In this episode, Jon and Scott remind us to concentrate on the important stuff that actually makes us money. They call it work for a reason don’t they? Hosts: Jon Dwoskin & Scott Fishman.

Thank you for joining us for another episode of the Seven Minutes Sales Minute Podcast, your bite-size and easy-to-digest guide to jump-starting your sales career and putting you on the road ,to gaining more prospects, more clients, more business, and ultimately, more income.

Scott:    Good morning, Jonathan. How are you?

Jonathan:    I’m doing well. Welcome back, everybody. I think this is the last episode that we can say “Happy New Year” because after today, it doesn’t make sense anymore.

Jonathan:    That’s the last “Happy New Year” that you’re going to hear. Hopefully, you’re starting the new year kicking some ass. Today, we are going to talk about making money, which I think every salesperson listening is listening for that bottom line reason. Scott is going to kick us off and teach us a little bit. Scott, how are we going to make more money in 2016?

Scott:    Jon, thank you for that introduction there.

Scott:    I will tell you that, the main thing that I wanted to talk about today, is just something that I get caught up in. I work from home the majority of the time, so sometimes I get caught up in this as well as just doing what pays you. I think a lot of times we don’t. We focus on many other things that don’t pay us as salespeople and it’s easy to fall into that trap. I wanted to share a story which is funny.

My first real sales job, I sold annuities for teachers. I had this great job and I was 24 years old. Didn’t really know much about the world so to speak. We went to college and partied our butts off and then got jobs. I really didn’t know much about what was going on around me. That kind was it by year. I had a job where I dealt with teachers and I had to drive, literally, 40 minutes minimum just to get to my destination. I guess it was probably even longer, come to think of it. I really didn’t like that job that much. I was scared. I was scared to actually talk to my clients. I was scared to talk to prospects. I had to cold call people and I felt I was bugging them. I came up with every excuse in the world to not work. One of the things that happened, and I share this story, and it’s funny. My boss, in this us a little bit, my boss paged me on my pager. He said, “Where are you? I want to talk to you. What’s going on with such and such file?” I answered. I called him back from a payphone. That’s before we really had cellphones on our head every single day. He was asking me about this file. I was talking to him. I was a little bit out of breath. It sounded like I ran to the phone. He could hear noise in the background. He’s like, “What is that noise?” It was clanging. It was just metal clanging on metal. He’s like, “What is that?” I was calling him from the payphone at the gym. He said, “Do me a favor. What I want you to do is hang up the phone, go take a shower, and come to my office immediately.” I got a talking to that day about being in sales and what it meant to actually work and do what pays you because I was focusing on all the things that weren’t paying me. I was at the gym at 1pm on a Tuesday when I really was supposed [to be] talking to clients out there. I was just doing everything but work.

Jonathan:    That’s a great story. What did he say when you met with him?

Scott:    He sat me down. We went over. He’s like, “How much did you get paid to be at the gym?” I told him “nothing”. He said, “Well, you know, I get paid when you get paid, right?” (Because he’s getting overrides in everything I was doing.) I said, “Yes.” He said, “You work for me, right?” I said, “Yes.”  He said, “Well, I like to make money so if you work for me and you’re not making money, I’m not making money. So, why are you working for me?” It was basically the question I got. My answer was, “That’s a very good question.” I started, from that day forward, to actually not workout in the middle of the day. To do my best to actually meet with clients and work towards actually a goal of closing a client which made me money and, in turn, made him money and kept him off my back. Which, when I was 24 years old, I think I needed to keep someone off my back.

Jonathan:    Kudos to you and kudos for him for giving you the kick in the ass that you needed to get in gear.

Jonathan:    That brings up, really, a very big issue for sales people, and that is freedom. As salespeople, typically, most salespeople have a lot of freedom. You’re on the road, you’re running your own schedule even if you’re working for a company. Having that freedom can sometimes be really difficult. I remember when I was a broker selling real estate, commercial real estate, there was a guy who had worked at Chrysler and he was working 80 hours a week. He had a corporate job. He said, “Well, I rather work those 80 hours than be a sales person selling commercial real estate.” When he got into commercial real estate and had the freedom, I think he was working 30 hours a week. He couldn’t maintain his time. Controlling the freedom, being disciplined and managing your time are key.

Scott:    That’s something we share our scars here in the Seven Minute Sales Minute. I’ve often talked about things that I need to change in my game. As you know just recently, I went back from management into full-time sales. Like I said, I work from the house. I found a little bit of that first month, I found some growing pains or some shrinking pains I think. I was like, “Gosh, I got all this freedom. I’ve been stuck at my desk for 60-70 hours a week for the last 2 years. Now I don’t need to be tethered to a desk. What am I going to do?” I went through a little bit of my party phase, I guess, so to speak, and sowed my wild oats a little bit. I got back to what pays me which is good but there was about a couple of weeks’ span where I screwed around a lot. I had a good time but also, I realized that I had to hunker down and actually do what pays me.

Jonathan:    I think that’s the key. It’s catching yourself sooner than later doing it. We’re all going to do it, but how quickly can you catch yourself and/or are you fortunate enough to have the boss you talked about earlier that’s going to sit you down and say, “Hey, snap out of it. Let’s get going.”

Jonathan:    Right. Exactly. To do things that pay you, which is what you’re talking about, what we’re talking about today. Doing things that pays you, which I think is really important, is admin work doesn’t pay you. If you are doing a lot of admin work, if you can’t afford an assistant, then you should be doing admin work before 9am and after 4pm or 5pm, never during the day. I find it – and I have fallen into this trap – where you just don’t feel like doing sales. When you’re a hardcore salesperson, it’s a very difficult job. Sometimes you just don’t until you find yourself doing admin work during the day. And, you justify it but you should never be doing admin work during the day. Get a virtual assistant, get an assistant, and do your best to limit it right now. To be realistic, at least start limiting it.

Scott:    This harkens back to an episode we did last season where we talked about finding out what you’re worth. We calculated what we’re worth on an hourly basis. If [you] can hire someone to do that work for less than what we are worth in that hour, then we 100% should be outsourcing that or hiring somebody to do that work. Hire it out. I think one of the things, that we like to reward ourselves for some of the admin stuff and getting the zero and things of that nature. At the of the day, getting the doesn’t make you money. You’re not paid to just check your email. You’re not paid to just make sure that every single Excel spreadsheet is done. You’re not paid to do any of that. You’re paid to actually create new clients, change people’s lives and make money by selling.

Jonathan:    It’s very simple. If you find yourself doing anything but those in a majority part of your day, you got to stop yourself in your tracks, re-adjust, and start doing the moneymaking activities.

Jonathan:    Time management is key. As salespeople, sometimes we think that what we’re doing is so easy because it comes so easily to us. Typically, if you’re listening to this, you’re good at influencing people. You’re good at talking to people. You’re good at initiating conversation. Because you don’t need a degree in sales to be a good salesperson. Because it comes so easily, you take it for granted. Don’t take it for granted. Channel it to make yourself more money than you ever thought because you have the capacity – the capability – to do it.

Jonathan:    This has been a great episode. We appreciate you listening. Thank you very much for your continued support. If you have any feedback, please let us know. We have a lot of exciting things coming up in future episodes. We talked about a couple of things in our last episode. But to give you a little bit more insight, we have some really exciting interviews coming in future episodes with social media gurus, with recurring membership gurus, people who have really impacted our business and our thoughts. We’ll be sharing many of them with you. We’re looking forward to introducing you to them in the weeks to come.

Scott:    Thank you for listening and have a great day.

Jonathan:    Thank you for listening to this episode of the Seven Minute Sales Minute. For show notes and work sheets pertaining to this week’s show, check us out at the sevenminutesalesminutes.com. Take today’s strategies and run with them. Increase your sales and increase your income.