Season 2 – Episode 12 – Everybody Loves Their Own Brand 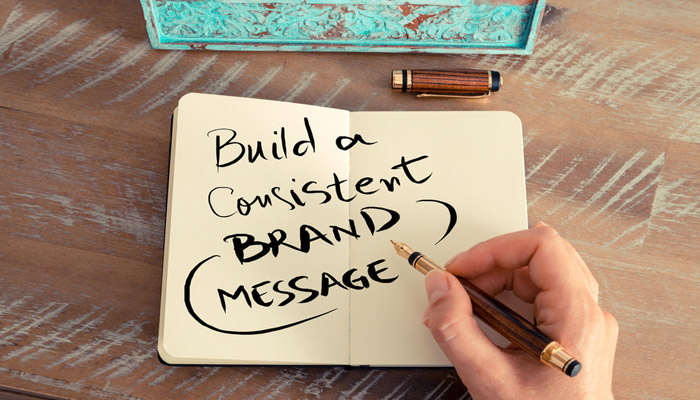 On this week’s episode of The Seven Minute Sales Minute, Jon and Scott discuss branding.  A good brand is difficult to build and can make or break you.

What’s your brand (both corporate and personal)?  How can you more effectively leverage that brand?

Please take the time to visit out sponsor Audible.com for a free audiobook and a free trial 30-day membership.

Everybody Loves Their Own Brand

Thank you for joining us for another episode of The Seven Minute Sales Minute podcast, your bite-sized and easy-to-digest guide to jump starting your sales career and putting you on the road to gaining more prospects, more clients, more business, and, ultimately more income.

Scott Fishman:    Hey, Jon, how are you doing today?

Jon Dwoskin:    Good Scott, how are you?

Scott Fishman:    Doing well. What are we going to talk about this afternoon?

Jon Dwoskin:    I think we should talk about branding. I think it is a very important topic that a lot of salespeople, I don’t know if they completely spend time to really sit with how important it is and then plan something basically no differently than they create a business plan, and what their brand is going to be, their personal brand. Their business brand.

Scott Fishman:    I agree. It is important to have both a personal and a business brand, and I think that’s somewhere where a lot of people drop the ball.

Jon Dwoskin:    Yeah. Why do you think they drop the ball?

Scott Fishman:    Here’s the way I look at it: If I work for a company and there’s however many salespeople, does it matter if they work with me or they work with the guy next to me?

Jon Dwoskin:    Is that a question or is that rhetorical?

Scott Fishman:    It’s kind of rhetorical, because I think it does matter, because with me you get me. I’m an expert at what I do, I’m going to take care of you, and that’s part of my brand right there. They want to work with Scott. They don’t just want to work with the company I work for.

Jon Dwoskin:    Right. To define what you’re saying is your message. I think one of the things that salespeople – businesspeople in general – don’t do is spend enough time figuring out what their message is, what their value of rep is for the person that they’re talking to – their clients.

Scott Fishman:    Right. What they stand for.

Jon Dwoskin:    Right. If you’re listening and you’re a salesperson, step one is: Create a clear message of what you stand for and what your brand is. What’s the value that you bring to the client, the person that you are talking to on the other line. Scott has talked about it many times on the podcast. He treats everybody – and tells them – that they’re part of his family.

Jon Dwoskin:    Why don’t you talk on that? I always think that’s a great thing.

Scott Fishman:    It is absolutely true. I tend to think of everybody, as I work with them, as if they are like an aunt or an uncle or a brother. I’m going to treat you as if you’re part of my family. If something’s going to be good for you, we’ll make it good and I’ll take care of you. If something’s not going to help you and something’s not going to put you in a better position, you better believe that I’m not going to try to sell you something. Right off the bat it builds a little more trust, if they know that I have that. They can hear it in my voice that I do actually mean it, because I do. They’re actually going to trust me a little bit more.

Jon Dwoskin:    Right. So, you’re helping them define not only your message and not only your brand, but why Scott Fishman. Then backing that up with why work with the company that you’re representing.

Jon Dwoskin:    What do you think’s more important? Not that the company’s not important, but the company, or your own brand?

Jon Dwoskin:    Right. I agree with you it’s pretty balanced, but a lot of times if somebody’s calling you, for example. In this scenario, if someone’s calling you, they’ve called you … Let’s say for example you’re a salesperson and you work for a company that’s been doing advertising and marketing, has great name recognition. They call the company, they already have belief in the company, so you’ve really got to work hard at not only selling the company but selling yourself in, I don’t want to say a hard way, but in a real, authentic way, because they’ve got to like you.

Scott Fishman:    Jon, here’s a question that is not quite rhetorical, but what if you’re a total asshole? What if you’re not likable?

Jon Dwoskin:    Well, there are some types of sales I guess where you can get away with that. I don’t know of what those are, and I guess there are the select few people that are so good at their skill set that people will tolerate it because maybe in their industry they’re the best of the best. Not that it’s acceptable, in my opinion. If you are an asshole, you’re going to lose a lot of business, and even though you may do well, and even though, let’s say for this example this a-hole is a three to five hundred thousand dollar a year person, or a two hundred thousand a year person, it doesn’t matter. They’re losing a lot more business and a lot more money than they even realize because they’re an asshole.

Jon Dwoskin:    Unfortunately, I think there’s a group of people out there that think that hardcore salespeople have to be rough and tumble and assholes. And, that’s unfortunate because I think that’s not the fact. I think if it is, things are changing. If you’re a salesperson listening to this and there’s somebody around you who is like that and they’re doing well, you still don’t have to copy them. There’s a better, more effective way to be yourself and just be a well-educated hustler.

Scott Fishman:    Right. I’ll share with you a little tip and a trick with one of the reasons when I say-

Scott Fishman:    A “T and a T”. When I work with a client and I let them know that I am going to treat them as if they’re family, I always let them know that if something doesn’t make sense, I’m not going to ask them to move forward, but if something does, I really might pressure them a little bit to move forward because it definitely makes sense. Then they know when I do close them, and I do actually close them a second and maybe a third time and give them a little bit of heat, they know that it’s for a good reason. They know that it’s for their own good.

Jon Dwoskin:    I love it. I find myself when I’m selling my services or any time I’ve ever sold anything, historically, I’m always pushing people, and I guess I would describe it as spoon feeding and pushing people the benefits because I know they can’t see what I can see. Because they’re too stuck in wherever they are, I need to spoon feed sometimes the benefits piece by piece, so some people may think it’s pushing, but I know that the client typically always appreciates it, because you’ve got to push them to make the right decision.

Scott Fishman:    Right, and if they make the decision themselves by you spoon feeding them, they get that “eureka” moment like, “I get it now.” Then it’s a win. Because now they’re going to convince you to move forward.

Jon Dwoskin:    Well said. I like the way you said that. You push them to the “they get it” moment.

Jon Dwoskin:    I like that. We talked about messaging. We talked about being clear in your brand and your message, selling yourself, the benefits of you, selling the platform of the company that you’re representing. Then it’s about consistency. You can say that you have a great message and you have a great brand, but then you’ve really got to … The proof is in the pudding. You’ve got to do what you say you’re going to do, you’ve got to follow up, you’ve got to be consistent, which we’ve talked about on many podcasts is the biggest downfall of every salesperson. It’s what gives salespeople a bad name, actually, because salespeople sometimes have these pie-in-the-sky promises and then people never hear from them again. Let’s talk about that.

Jon Dwoskin:    Not only that, but if you’re a salesperson that is that type of salesperson, you’re not following through et cetera, et cetera, then you’re ruining the company’s brand. You are really destroying the brand in a major way, and you should be concerned for your job at that point if you are habitual at doing that and getting a horrible reputation, because the odds are that people are going to start complaining about you to the higher-ups. Don’t do that. Just do what you say you’re going to do. We’ve talked about this, too, a lot. Sales is relatively simple. We make it complicated. You pick up the phone, you call people or people call you, and you talk to them about something that you’re passionate about and that you believe in, and then you be consistent and do what you say you’re going to do when you say you’re going to do it.

Scott Fishman:    Over-complicate things, Jon, it’s huge. One of the things I always boiled it down, sales is just getting someone to do something that they wouldn’t have done without you.

Jon Dwoskin:    I think that’s a good next podcast.

Scott Fishman:    I like it, Jon. Are you giving a teaser?

Jon Dwoskin:    I’m giving a teaser. On the next podcast that’s what we’re going to talk about: The marketing angle of branding and some tips and thoughts of how you’re marketing and using social media.

Scott Fishman:    Next week on a very special episode of the Seven Minute Sales Minute …

Jon Dwoskin:    Stuff that will change your life forever.

Scott Fishman:    Thank you very much for listening, everybody.

Thank you for listening to this episode of The Seven Minute Sales Minute. For show notes and worksheets pertaining to this week’s show, check us out at the sevenminutesalesminute.com. Take today’s strategies and run with them. Increase your sales and increase your income.