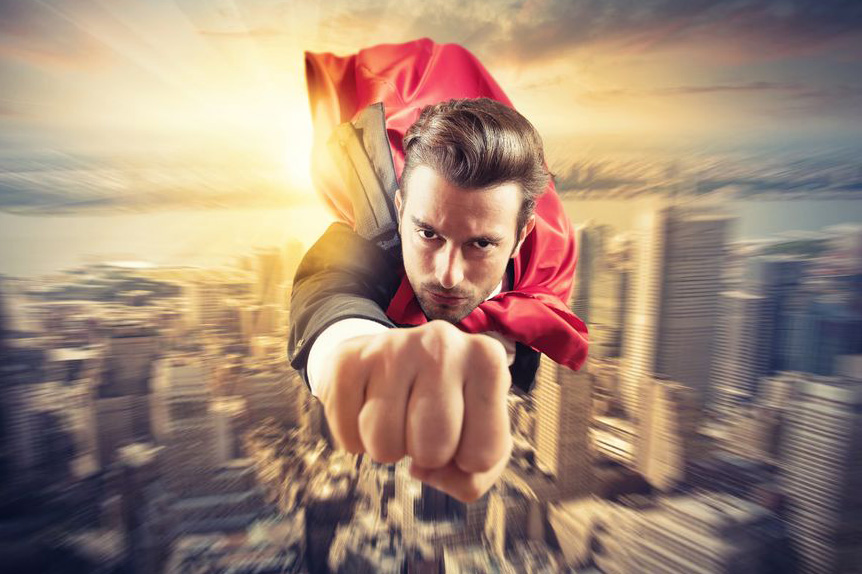 In today’s episode, Scott and Jon talk about finding your unique and individual Superpower while helping you avoid sales Kryptonite.

Define that little something that differentiates you from your competition and learn how to harness this trait for the powers of good.

Fans of the Seven Minute Sales Minute drinking game will find this a sobering episode as we have really worked to remove lazy crutch words from our game this week.

Scott Fishman: Thank you for joining us for another episode of the The Seven Minute Sales Minute podcast, your bite-sized and easy-to-digest guide to jump-starting your sales career, and putting you on the road to gaining more prospects, more clients, more business, and ultimately more income. What up, Jon?

Jon Dwoskin: What’s up, Scott? Good morning! Good morning all of our listeners. Thanks for listening.

Scott Fishman: All right. Let’s get down to the meat, Jon.

Jon Dwoskin: All right. Let’s talk about it.

Scott Fishman: This week we’re going to talk about what sets us apart from your competition, what is your super power per se.

Jon Dwoskin: I love it. What differentiates you from everybody else in your field?

Scott Fishman: Exactly. And I think a lot of folks that do this – they do a very good job of it – but, a lot of times we do it the wrong way, right off the bat. Instinctively, when you’re setting yourself apart, we have that instant urge to bash our competition, I think that’s where we fall back on a [inaudible 00:01:15] right off the bat.

Scott Fishman: Got it. So, Jon, what are a couple things that you were thinking about that we can use to set ourselves apart?

Scott Fishman: That makes sense. You’re setting the stage for yourself.

Scott Fishman: For me, my big thing is I always tell my clients, “I’m going to educate you. When you’re done working with me, you’re actually going to be a junior Scott Fishman.” They’re going to know how to do my job, maybe not as good as me, but they’re going to know enough that they could at least be my assistant. The reason I do that is I want them to understand every facet of the game that we’re getting into. That way I can not only foreshadow the process, which will offset any questions we might have later, but a nice thing we can do is, as we’re educating our clients, we can isolate objections that tend to come up 1, 2, 3, 4 weeks even down the road in the process.

Scott Fishman:  By just letting them know that these are things that come up, or kind of being a little sneaky, and how we sneak those things in there about saying, “My pricing is going to be the full pricing,” where a lot of times out there you’ll see their pricing doesn’t include everything. Then, that’s always in the back of their minds if they see a commercial or something like that down the road.

Jon Dwoskin: You have to be upfront and honest with them. I’m just going to isolate what you said in the sense of categorizing it for our listeners so that we’re talking about what are the one or two things, and what you’re saying about is, I would say the next subset is training your clients. Really having the confidence to train your clients. To take the time, to lead the conversation. We talked a lot about leadership, into letting them know you need a couple minutes of their time to educate them and train them on the process. So, you’re actually building a stronger connection with them, instead of just waiting for the next call and pushing them off.

I know one thing you had said, that you always talk about, is that you treat your clients like family, and I do the same thing. Talk about that.

Scott Fishman: What I do is, absolutely, up front I’m going to tell them I’m going to treat them like family; but, at the end of the day, it doesn’t matter what you tell them, it matters what you do for them, and what you show them. I actually do treat my clients as if they were. If they’re older than me, I tend to call them aunt whatever, uncle whatever, just in my head, and I joke with them about that, but I tell them this, so they know I am going to be treating them as if they are family. The reason I do that is, I do care about my clients, and I know that with my product, what I’m selling, any time that I put someone into my product, I know that I’m putting them in a better situation. I’m never hurting somebody by doing this, so I want to help everybody I talk to.

Jon Dwoskin: Outstanding. That then is the third category I want to talk about, which is customer service creating raving fans. One of my favorite books I’ve ever read on customer service is a book by Ken Blanchard, called Raving Fans, and it just focuses on how to treat people in an exceptional way, so that they’re raving fans and they refer you business. But, what you just described is commonly uncommon. Sales people are wanting to get off the phone, they want to get to the next person and they forget that we’re in a relationship business.

Scott Fishman: Exactly. The whole thing comes to integrity and follow through, absolutely. As far as treating everyone as if they’re family, my big thing is I love referrals. Here’s my thought: Just over dinner we’ve had conversations, you, me, and the buddies, about “I need this done at the house. Who is a handyman?” That’s a hard thing to actually find, believe it or not – a handyman – but we always come through a “Who has this?”

Scott Fishman: That’s a good way to get in the door.

Jon Dwoskin: I’m the same way, I grow my business through introductions, referrals – however you want to define it.

Jon Dwoskin: I would categorize this as marketing. You’re differentiating yourself through marketing and your branding. I think a couple lost arts, one being a handwritten thank you note on personal stationery, thanking the client. It’s so typical today that you’re texting a thank you, or you’re texting follow up, or you’re emailing and within an email you’re spelling y-o-u with a u. There’s nothing personal about it. I think a handwritten note is a huge differentiator.

Scott Fishman: Absolutely. I think if you look at what you’re doing, if you use electronic messaging such as email or texting, or anything like that, it’s also very impersonal and there is no tone. I can send you a message that says “Thank you, Jon,” and depending on what’s in your head at the time, or how I capitalize it, or if it’s all caps, or how I punctuate it, you could think I’m being sarcastic, you could think I’m yelling at you. There’s so many things that can get lost. With a conversation or a written note, it’s a lot more personal.

Jon Dwoskin: Right. It’s soulful; it’s coming from the heart. Next is, and you said birthday cards, I think that’s great. You get a good birthday card, not some corporate standard one, but your own that is maybe a joke between you and your client or something. I’m a big reader. I listen to a lot of books now, and I Kindle a lot of books now, but when I read or listen to a really good book, I like to buy a lot of those books and then I have stickers with my company name on it, and I’ll send them and/or bring them to clients. There’s nothing, in my opinion, more fulfilling than a client receiving a book.

Scott Fishman: Absolutely. I think that’s great as well. One thing; there’s a company I did business with about 6 – actually about 10 – years ago, now that I think about it, and without fail every quarter, I get a recipe card from them.

Jon Dwoskin: Do you make any of them?

Scott Fishman: A couple times. It’s fun just to know that you get that, and you read it, and you’re like, “I should try this one.” “Maybe this one’s above my pay grade, it’s a little tough to make.  I’m not that good of a cook.” Occasionally, there’s something cool on there, but it’s neat because it’s something that’s different. It’s not just, “Hey do business with us.” Has nothing about the business, just says “Thanks again for being our client. Here’s a recipe for Chicken Cacciatore.”

Jon Dwoskin: I love that. Your marketing and branding, and we’ll talk about this on a future show, you want the more out of the box and consistent that you can be, is great in front of your clients. I would say one more thing, just call your client – that you’ve done business with, and you’ve closed deals with, or that you’ve grown with through the years – just call them and say thank you, and tell them what they’ve done for you and what you’ve learned from them, and how you appreciate their business and the relationship. People don’t do that.

Scott Fishman: This ties in a lot with a past episode we had where we showed how to turn a difficult client into a dream client. Sometimes sending a thank you card to someone that you don’t do business with – that might’ve been a lot more difficult – goes a long way, too. In summary, folks, what I really like to say is THANK YOU again for listening to The Seven Minute Sales Minute podcast. We have yet to have a 7-minute or a 1-minute episode, so we thank you for dealing with us on that.

Scott Fishman: 7 minute-ish, I like that. Maybe we should change the URL. But, thank you again for listening and, in summary, please find your own super power. Find out what sets you apart from your competition. Go out there.

Jon Dwoskin: And kick some ass.

Scott Fishman: Kick some ass. Thank you very much.

Jon Dwoskin: Have a great day.

Thank you for listening to this episode of The Seven Minute Sales Minute. For show notes and worksheets pertaining to this week’s show, check us out at www.sevenminutesalesminute.com. Take today’s strategies and run with them, increase your sales, and increase your income.