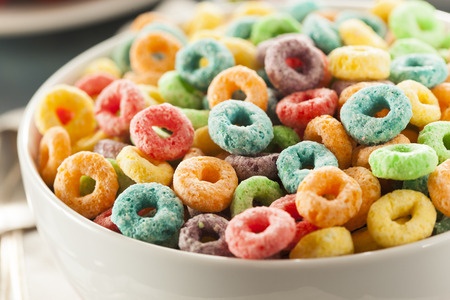 In this week’s episode, Jon and Scott discuss how to keep a positive mindset while prospecting. A new method for keeping a positive mindset is invented.  See what the D.I.T.C.H. method is and how it can help you. Jon also poses the question of “Do you really think sales is right for you?”   Hosts: Jon Dwoskin & Scott Fishman.

Scott:    Thank you for joining us for another episode of The Seven Minute Sales Minute podcast – your bite-sized and easy-to-digest guide to jump-starting your sales career and putting you on the road to gaining more prospects, more clients, more business and, ultimately, more income.

Scott:    I’m doing great. I’m excited to talk about mindset today and how to keep a positive mindset.

Scott:    All right, great. I like to hear that. Folks, we are going to go over some methods that we like to use in order to keep our chin up when we are on the phones and hearing so many no’s and also, at the end of the podcast, we’re also going to give you a special way to help you ditch a negative mindset.

Scott:    Jon, what are your thoughts? I know we talked about KPI’s about a week or so ago.

Scott:    One thing we noticed is that we talked to a lot of people just to get a sale. What are some ways that you are able to keep yourself positive when you are hearing no all the time?

Jon:    I agree. We’ve talked about this for every yes, you are getting ninety-nine no’s. I just want to go back for one second because I think the main differentiator between sales people, great sales people and exceptional, is the differentiator of who has the better mindset. Because anybody can (well not anybody) but it’s easier to get on the phone when you just don’t care and you’re determined to accomplish what you want to accomplish versus somebody who gets beat down by a no. Today, hopefully we are going to give everybody some tools to where no just doesn’t matter. It’s just a word and you just hang up, move on and figure it out. What I would say the most important thing when it comes to mindset is making sure that when you’re doing sales and you’re cold calling that you are in your zone of when you like to make phone calls. We all have kind of those down times whether it’s nine in the morning or four in the afternoon and if those are times when you are tired and feeling lethargic, don’t pick up the phone. Just don’t do it. You got to find the times throughout the day where you are at your best and maybe that’s twenty minutes every hour, maybe that’s for two hours at a time, but figuring out what that is and sticking to it.

Scott:    That makes perfect sense. It seems like a lot of times we’ll get on the phones just because we feel like we have to.

Scott:    It can be a self-fulfilling prophecy like, “Gosh, this is going to suck.” Then it sucks because you’re telling yourself it’s going to. I think mindset is so clear. Just not taking things personal is one that’s huge. There’s actually a guy I know who I joke he’s not the smartest person, and I think he knows that as well. He knows he might not be the brightest bulb in the bunch, but he has the ability to not take things seriously or personally. I liken him to kind of a big Labrador Retriever where he’s just going to go and jump on you and lick your face no matter who you are. He’s not going to know if you’re telling him he’s fat or ugly or dumb or whatever. He just wants to be your friend.

Scott:    Ultimately, all he does is help people so his clients end up loving him and he finds a lot of success. Even when he does get those clients who are rude or not treating him the way he wants to be treated, he doesn’t even care because he knows, ultimately, that if he just treats everybody nicely like he’s a big Labrador. He’s going to get the sale. Jon

Jon:    Right. And, that’s I think also … I don’t know this guy but he’s probably a really good listener. I would say that that’s a key thing for keeping a positive mindset because when you tune in to key things that people are saying and you can then expand on those conversations to really discuss what they want to discuss. That comes from just good listening.

Scott:    You’re absolutely right about that. Now, we talked about that in a previous episode. Are you actually listening or are you just waiting for your turn to speak? Sometimes, a beginner sales person is just locked and loaded because they’ve got their responses ready to go.

Jon:    You know we talked about that that roller coaster syndrome, so I’m curious about …

Scott:    Yes, exactly. We used to say, “Follow the nose. The yeses follow the no’s.” You have to hear about ninety-nine no’s to hear a yes, generally, or whatever the actual stat was from our metrics. But, we always knew if we counted the no’s and we tried to get a no on every single phone call – we aimed for a no – eventually a yes would fall in our lap. We would try to get a certain number of no’s before we gave up for the day. Jon

Scott:    You definitely want to make sure that your head is in the game after that as well.

Jon:    Also, and just speaking about that mindset when you get a yes, whenever it is – and hopefully you’ll get – I agree with you, a bunch of no’s to begin with. But, that’s then when you then pound the phones even more when your confidence is high and your mindset is so in the game.