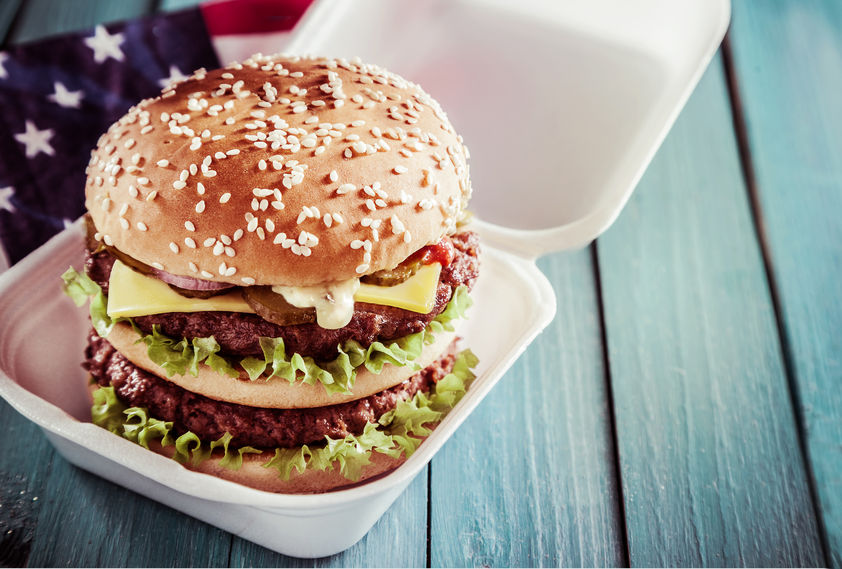 In this episode, the guys discuss the difference between “telling” and “selling”.  Are you merely dumping features on your customer, or are you providing them with tangible benefits?

They also teach you how to make a Big Mac.

Thank you for joining us for another episode of the Seven Minute Sales Minute Podcast, your bite-size and easy-to-digest guide to jump-starting your sales career and putting you on the road to gaining more prospects, more clients, more business, and ultimately more income. Good morning, Jon.

Jon Dwoskin:    Scott, Good morning. How are you?

Scott Fishman:    I know, but we’re sitting further away than normal, man.

Jon Dwoskin:    Right, but you know what? Many people do say to me sometimes, “Do you and Fish do the broadcast together, or do you use technology like Google Hangouts, or Blab?” For those of you who always ask, we do it together in a studio in Scott’s house, but we will be doing Google Hangouts and Blabs over the holiday season.

Scott Fishman:    Jonathan, this week I wanted to talk a little bit about something that people fall prey to – brand new salespeople, and then salespeople who are in a rut fall into this a lot of times as well – and that’s the feature dump.

Scott Fishman:    Right, so what I’m thinking about is that if I was selling you a car, and if I was going to be just dumping features on you, one of the things that I would talk about would be taking you up to the window and the sticker and say, “Hey Jon, this is a great Jeep. It’s got tilt wheel, it’s got heated seats, it’s got navigation, it’s got Sirius XM radio, it’s got a five-year warranty, and it’s great in the snow.”

Scott Fishman:    Exactly, so we’re talking about going over features versus benefits a little bit today, and one of the things that I always think about is that a feature is something that the item or the product does. We don’t know if it’s actually solving a problem that the client or the customer has.

Jon Dwoskin:    Right. I would agree.

Scott Fishman:    We don’t know why they’re there. Maybe they want a Jeep because they just think it looks cool. Maybe they were a fan of Mork & Mindy.

Scott Fishman:    Yes, and Mindy did drive a Jeep, but I think they only showed that in the very opening scene, and we’re dating ourselves a little bit, Jon.

Jon Dwoskin:    Pam Dauber, who was in Mork & Mindy, actually went to the same high school that you and I did: North Farmington High School.

Jon Dwoskin:    A little trivia. Let’s talk about features and benefits. To me in quick summary, features are boring and benefits are exciting. As a salesperson, as we start the conversation, if you sound boring and the person you’re talking to isn’t reacting, then you’re probably speaking in features. If the person is engaged and connected to you, then you are talking benefits.

Scott Fishman:    Right. I agree. Going back to the car salesman analogy here, it’s like if you start the conversation with, “So Jon, you’re a man right? I’m assuming?”

Scott Fishman:    Okay, so one thing we know if you’re anything like me, I hate to stop and ask for directions. As men, it’s a fatal flaw.

Jon Dwoskin:    Right. GPS, and I don’t have to do that anymore.

Scott Fishman:    Right, so when we’ve got the navigation in the car, all you have to do is type in an address, and it takes you there. So it solves that problem for you.

Jon Dwoskin:    Right. When I got my new car, I drive a Jeep Cherokee Limited, all my kids wanted to know is that their seats and the back seat were heated. That was it, so they could be warm. That was it, that was the benefit, that’s all they cared about.

Scott Fishman:    That’s great, and that is a benefit. Again, that’s something big. You were talking about going over benefits with a product as if you were their friend. Tell me a little bit about that.

Jon Dwoskin:    Right. So, to me, if we’re talking benefits and we’re talking to one another, we’re talking to our clients, you want to talk to your clients as if you’re talking to your friends. When you’re talking to your friends you’re not talking about features of something that you like, you’re talking about something with a lot of excitement, with a lot of emotional connection to it. You’re telling everybody what you did, why you did it, how it made you feel, why you’re using it, and why they have to buy it. I don’t know about people listening, but I can tell you that when Scott and I get together with all of our buddies, and we’re all talking about something that somebody just bought – the excitement that people bring to the table – we all take out our phones typically, and someone’s buying it on Amazon Prime at dinner. A lot of times, and I’m guilty of this, buying things I don’t even know what the hell I’m buying, frankly, but it sounds so exciting, I feel like I absolutely need it in my life within 48 hours that I’m buying it.

Scott Fishman:    I see that a lot as well. I lost my train of thought there, but I was thinking about talking to friends, and you hit on something. It’s how something makes you feel.

Scott Fishman:    Exactly, and when you think about how you went through with a training session for anything in corporate America, any product even, you’re listing out the features. You’re looking at bullet points or line items of the features of the product, so you’re not actually going over the benefits. You’re actually going over the features. You need to tie those in relevantly with the problem or the solution that you’re giving to the client.

Jon Dwoskin:    Right. Really when you’re talking to a client, you really want to understand a couple things about that client. One, what are they looking to accomplish. What are they looking to get out of the conversation? What are they looking to get out of the product? What is their pain? And, then the benefits of whatever you’re selling. The product and/or the service. You need to structure it and customize the benefits of what you are selling to that specific client, which means you need to listen. You need to ask good questions. And, you really need to get onto the same page as your client. If you’re just listing off the features, then you’re not customizing any type of benefits to that client to buy.

Scott Fishman:    Right. Something I thought of – and it was the whole food ingredients thing -everybody like McDonald’s. It’s a guilty pleasure. I’m assuming almost everybody likes McDonald’s. You can get something called … Is it a Big Mac?

Scott Fishman:    Big Mac. And think about the ingredients of a Big Mac, do you know what they are?

Jon Dwoskin:    No, but I know that if you bury it for six months, I’ve heard that it doesn’t even decompose.

Scott Fishman:    If you think about just the feeling that you get from biting into a Big Mac, it’s amazing. It takes you back to childhood, whatever. If I tell you, “Jon I’m going to give you two all-beef patties, special sauce, lettuce, cheese, tomatoes, onions, pickles on a sesame seed bun,” it doesn’t give you that same feeling as just the “Big Mac”.

Jon Dwoskin:    No. It makes me think of a commercial, but it doesn’t make me think about being with my grandfather at McDonald’s about to go to the Americana West to a movie on a Saturday when I was 10.

Scott Fishman:    Exactly, so the features would be all of those ingredients. The benefit would be the taste and the experience that you’re having with going to McDonald’s.

Scott Fishman:    Yes. I agree. Folks, to summarize, what we want you to do is take seven minutes today. List out all the features of your product, and right next to those features, figure out what the benefit your customer gets from that feature. And you will gain business. It will help your bottom line, I promise you. We also want to say thank you for listening to the Seven Minute Sales Minute Podcast. We have been growing by leaps and bounds, and we are super-excited every single week and grateful for what we’ve achieved in a very short period of time. So, thank you, thank you, thank you. Everybody that’s listened to us, please review us on iTunes. Subscribe. Every subscription, every review that we get helps. So, again, thank you very much, and have a great day.

Jon Dwoskin:    Have a great day everybody, and a great week. Speaker 1:    Thank you for listening to this episode of the Seven Minute Sales Minute. For show notes and worksheets pertaining to this week’s show, check us out at thesevenminutesalesminute.com. Take today’s strategies and run with them. Increase your sales, and increase your income.