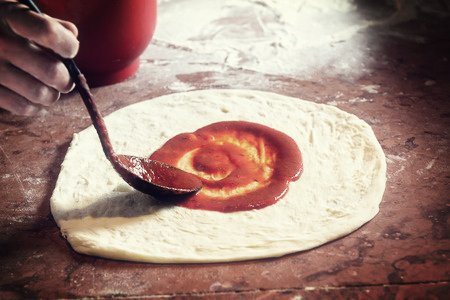 In this episode, Jon and Scott wax philosophic on the importance of being assumptive. How can we be more assumptive?  What words can we avoid that are not assumptive? Hosts: Jon Dwoskin & Scott Fishman.

Thank you for joining us for another episode of The Seven Minute Sales Minute podcast. Your bite-sized and easy-to-digest guide to jump-starting your sales career, and putting you on the road to gaining more prospects, more clients, more business and, ultimately, more income.

Jon: Hey Scott. Good morning. How are you?

Scott: Good. I’m great. How are you doing?

Jon: I am good. I’m great. I’m excited to be on the podcast this morning talking to everybody about something that I know you and I both think is very important. That is, the words that we use, and the phrases that we use every day … at a deeper … taking a deeper understanding that the words and the phrases that we use to close sales and communicate with our clients matter. They matter. What we see too many times is sales people becoming complacent, and using the same-old, same-old, same-old, and they are not growing their business.

Jon: We want to give everybody who’s listening today top-of-mind tools to refocus and evolve, and grow the words and phrases you’re using to close deals. How does that sound?

Jon: All right. So what do you think?

Scott: I think that the one major thing is being assumptive is huge.

Scott: I actually just recently met – probably the most assumptive sales person I’ve ever met in my life – and he had the most amazing line that he used.

Jon: What was it?

Scott: For every single client.

Jon: I love a good line. Give me a line.

Scott: Pick up or delivery.

Scott: It’s so true when you think about it. When someone calls in to a pizza place or order pizza, they are not asking how much pepperoni costs, or what the rate is on something, they are just asking. When you think about this guy, he knows that they are buying when he picks up the phone. He just knows it every single time.

Jon: He knows it, right.

Scott: That’s something that’s all thought up. Think about when you get into a growth in your sales, and you close one, two, three deals, maybe in a day. The next time the phone rings, you just know you got that.

Scott: You are confidence is high, yeah, calling the pizza store and the person saying, do you want to order a pizza? Because then you’re going to think, maybe I don’t.

Scott: Maybe I should have gotten other things, because I don’t know about you, but when we … I have a twelve and a nine-year old, and when we go to order food, nobody has the same opinion. The pizza person said to me, do you want a pizza? I would say, “You know what? I’m not sure.”

Scott: Exactly. Get off that auto pilot.

Scott: Here’s some words that I hate, and I hear all the time. And, I want to throw things when I hear these words. First one is “if.”

Jon: I hate the word if.

Scott: It’s so uncertain, and we can change it real simply just by changing that to a word like “obviously.”

Jon: Give me an example on a sentence. I’ll role play the sentence.

Scott: Jon, if this makes sense to you, what we can do is we can get everything started, right?

Scott: Jon, obviously, this makes a ton of sense. Let’s go ahead and get this started.

Jon: Love it. I’m feeling pressured that I like, and it’s going to force me to make a decision.

Scott: Right, you’re getting those butterflies, but they’re the good butterflies, because you know you’re changing your life. There’s three other words that I hate, and then we’ll go over some phrasing that we can also use. “Could,” “should,” and “would.”

Scott: Exactly. They are terrible. They are completely again uncertain. We could, no we will, we’re going to.

Jon: They’re just bland. It’s like when you meet somebody, and they have a bland personality, they are boring, and they are bland, and you don’t want to be around them. Just like with those words. What are we using instead?

Scott: Would, I guess would be “you do”. Like, “Would you like this? No, you do like this.” We’re telling the client this makes a lot of sense, obviously.

Jon: Well, if you’re with the client, and you’re picking up on the cues, it’s obvious that you like this, so boom, boom, boom.

Scott: Exactly, so I know we’ve got some phrases that we’re also going to give you folks out there …

Jon: Before you get to the phrase, let’s just say this, when you’re doing assumptive – let’s just call it communication – you are connecting with your clients at a much deeper level. They feel heard, they feel listened to, and they feel like you’re leading them to help make a decision. If there is one issue that people have in general throughout the country, whether you’re in sales, whether you’re buying – it doesn’t matter – is people have a hard time making a decision.

Jon: As a sales person, we have the responsibility to help people and lead people to make a decision. So you’re doing them a favor being the subject.

Scott: We have to force people to become active.

Scott: Here’s some phrases that I like that I’ve heard that I actually took notes on that are solid, assumptive phrases.

Jon: I know these are going to be good, so get your pen and paper out, and take some notes.

Scott: Number one – real simple – “Where should I forward the paperwork?”

Scott: The next step is.

Jon: Right, tell people what is going to happen.

Scott: Am I over mailing or emailing the contract out to you?

Scott: Exactly. What questions do you have for me?

Jon: I love it. Yeah, that’s a great question, and that question leads into what you can do to a conditional clause. So, you’re talking to the client, and you’re saying, “Hey, it sounds like everything is in sync. When we address the issues you’ve discussed, would you like me to send the contract via email or overnight to your office?

Scott: I love it. I love it. So, you’re giving them the first choice close on top of it.

Jon: Right, and then you keep on asking your question: Do you have any questions for me? And, then keep undoing the conditional clause, and so you’ve isolated them all out.

Scott: I love it, Jon, I love it. Folks, we’ve given you some great food for thought today. Please share your success stories with us on the sevenminutesalesminute.com.

Thank you for listening to this episode of The Seven Minute Sales Minute. For show notes, and worksheets pertaining to this week’s show, check it out at the sevenminutesalesminute.com. Take today’s strategies and run with them, increase your sales, and increase your income.