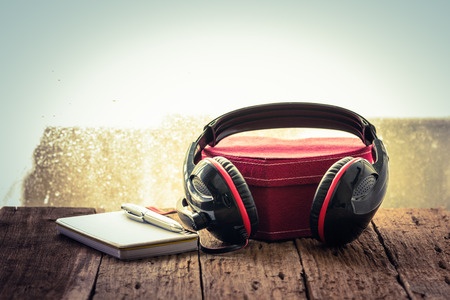 In this episode, Jon and Scott talk about listening as it pertains to sales is a lost art. Most people don’t understand what the concept of listening means.

Are you listening? Or are you just waiting for your turn to speak? Learn the art of listening and improve your sales skills in this podcast. Hosts: Jon Dwoskin & Scott Fishman. *E – explicit language

Thank you for joining us for another episode of The Seven Minute Sales Minute podcast, your bite-size and easy-to-digest guide to jump-starting your sales career and putting you on the road to gaining more prospects, more clients, more business and, ultimately, more income.

Scott: Jon, let’s talk about listening as it pertains to sales. I think it’s a lost art.

Jon: Yeah, I agree Scott. I think most people don’t understand what the concepts of listening means.

Scott: Now, I’ve heard something said that … I think this is a great quote is: Are you listening or are you just waiting for your turn to speak? I think that’s highly relevant.

Jon: Yeah. I would agree. I think most sales people … Well, I think most people, in general, aren’t trained in the art of listening and they don’t know how to listen. They just want to get their point out and speak and just be heard.

Scott: Right. I agree. I was actually thinking about what are the reasons why people don’t shut up when they’re talking, because what’s the one thing that can happen if you do stop talking?

Scott: Also, when you stop talking, I think, another thing that comes up is the client can object. If a client or a customer objects then we take that as a stopper.

Jon: Right. I think if you’re a salesperson that’s going, like you said, strictly by a scripts and there’s no fluidity and flexibility and spontaneity in your comfort level with communicating and with for anybody for that matter, then you’re just vomiting on them and you’re not even prepared to listen to them and respond.

Scott: I love that: vomit. We can call that verbal vomit.

Jon: Well, it is. It is. I worked with a salesperson years ago and we all, at the company, were reading a bunch of the same books and I would watch this sales guy be so mechanical in the way that he move. He would go from question A to question B to question C and he wasn’t listening. He was missing all the marks. He wasn’t closing. He wasn’t pivoting, which we’ll talk about in a little bit. I used to say to him – his name was Jeff – Jeff, why don’t you … You can go from A to Z to B to X. You got to just be in the moment with the client and connect with them and listen to what they say. He did not understand that concept. I think that’s why he didn’t do as well as he could have done.

Scott: I think you hit the nail on the head. Is that he missed the cues.

Jon: You were talking about this earlier. I remember it was before we started recording this and that, but it’s you’re also missing the non-verbal cues. You’re missing, not necessarily the wows, but the pauses before the wows or the contemplation or the movements in the way that they move. And, that’s just as powerful as listening to what they have to say because those are strong statements.

Scott: Right. The majority of our actual communication as humans is non-verbal. What are some things that you could think of that we can have people do to make them listen more? Make them more actively listen?

Jon: First, for starters, I think that everybody needs to make a conscious, conscious effort to not interrupt. And, always have a notepad and pen with them at all times because they need to be taking notes to what the person is saying. And, they need to be taking notes of the next question that they want to ask or a thought that they have so they’re not interrupting the client. I think that is, there’s nothing more frustrating than being with a salesperson who constantly interrupts the client.

Scott: I agree. On the same token, we’re servicing the customer when we’re actually meeting with the customer and we’re trying to, actually, obtain their business. We can expect that they’re going to be taking notes on everything we’re going to say. I think that actually works on both sides because …

Scott: I don’t know if you’ve ever been part of the conversation where the other person hasn’t stopped talking. You’re like, I had a question and I totally forgot what I was going to ask.

Jon: Right, those are the worst. It always amazes me that when people can’t stop talking and I think to myself, “Aren’t you bored with yourself? Do you not know how exhausting you are or sound?” I always just found that humorous. I think as we move on, as you’re taking those notes, I think it’s important to really … I don’t think salespeople understand this and I think we should talk about it, ask open-ended questions. I don’t think many salespeople understand what an open-ended versus a close-ended question, what it is.

Scott: Right, I agree, especially if we’re dealing with a lot of beginning salespeople or people who are just getting into sales. They don’t ask you open-ended questions because they think that they’re leading the conversation the way they want to – almost like a choose-your-own-adventure.

Jon: Right, those were good books.

Scott: They absolutely were. If we’re giving the client the answer to the questions and we’re saying, well, [Joe 00:06:08], what is it? Is it A or B? Then, we know we’re comfortable because we know where A or B can lead. But, if we ask them an open-ended question, just simply sometimes why, what, how, when, where …

Scott: If we ask open-ended questions, then although it might not take us into something that we have predetermined in our conversation, we might learn something about the client that gives us insight into ultimately how to close the client or, ultimately, how to tailor a solution for their needs.

Jon: I think you hit the nail on the head. A lot of salespeople, they just play it safe. If I ask them this or this, I know they’re going to answer this or that. But, this gets into another topic that now we’re going to talk about on the show, which is asking a question. If you don’t know the answer … If they asked you, if the client asked you a question based on your question and you don’t know the answer, just say you don’t know and you’ll find it out. But, if you play it safe, you’re not going to make the make the big dollars if you’re always playing it safe your whole career.

Scott: Exactly. I’ve actually found that quite a bit. If I don’t have the answer for somebody and I tell them, “Hey, you know what? I don’t know.” They respect that. They know that I’m not claiming to know everything and they know that I’m human as well.

Jon: When I got into the real estate business, something that’s very popular – not popular – but something that people use in real estate to justify a price or look. When they look at real estate, they say, “Look at the cap rate.” I was at one of my very first meetings. I was like a madman when I started. I was sitting at 20-some meetings a week. I think we didn’t really understand the industry yet, but I didn’t care. I was meeting with this guy. His name was Mel. We’re at this restaurant having coffee and he asked me what a cap rate was. To not know what a cap rate was in the industry is like not understanding what interest rates are if you’re selling mortgages or something of that nature. I could not remember how to define or articulate a cap rate. I was that fresh in the business. I excused myself and I told him I need to go to the bathroom and I called my buddy, Andy, at the office and I said, “Hey, tell me how to sell and articulate a cap rate.” He did. I then left the bathroom and then went back to the client and said, “You want to talk about cap rates? Let me explain to you the cap rate.” You just, you got to push yourself. You got to push yourself.

Scott: That makes perfect sense. Basically, to wrap up a little bit of what we talked about is: just listen.

Jon: You touched on this a little bit with the playing-it-safe, is when you ask an open-ended question, don’t put yourself in a vulnerable position and then answer those questions. I always see salespeople do that, too. When they go beyond the asking A and B to play it safe and they ask you an open-ended question, they get uncomfortable with the silence when the client is just processing the question. They then answer the question that they ask the client which then puts them back in their safe zone, which gets them nowhere.

Scott: Right. That makes sense. Jon. I think this actually wraps up our quick Seven Minute Sales Minute episode on …

Jon: The only thing that I’ll throw in as a closer is, don’t for … As a closing is: don’t forget to close. The idea of this, to be a better listener, so you get to more closings. Thank you for listening to this episode of The Seven Minute Sales Minute. For show notes and worksheets pertaining to this week’s show, check us out at the sevenminutesalesminute.com. Take today’s strategies and run with them. Increase your sales and increase your income.